According to the makers, "Fighter" is a homage to the valour, sacrifice and patriotism of Indian armed forces
PTI 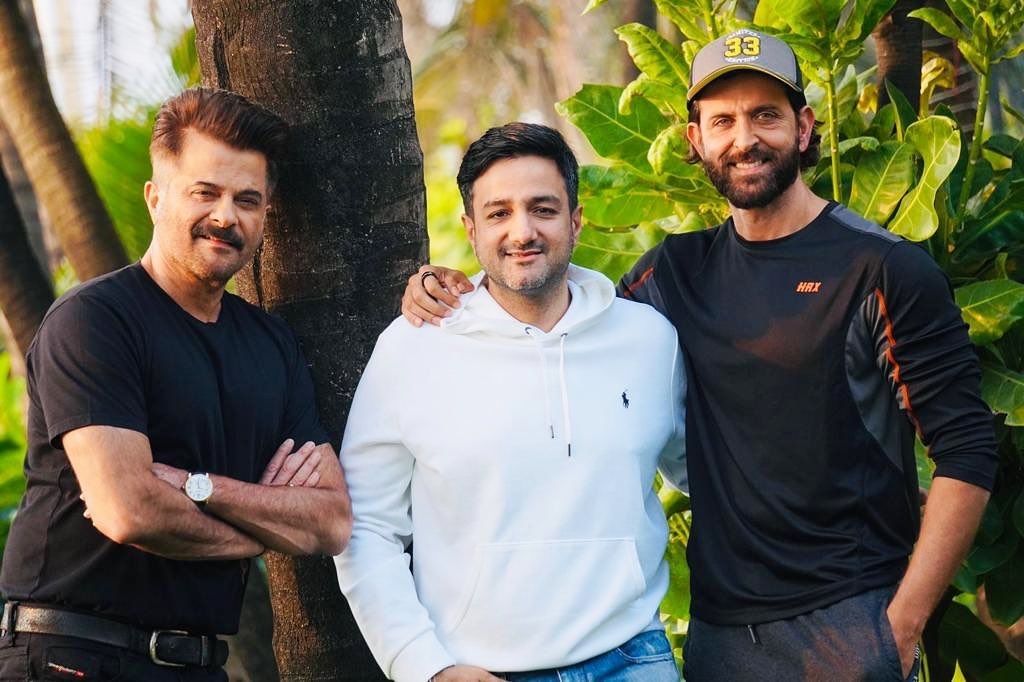 Bollywood star Anil Kapoor is set to star in "Fighter" alongside Hrithik Roshan and Deepika Padukone.

Billed as the first aerial action franchise, the movie is directed by Siddharth Anand of "War" fame.

According to the makers, "Fighter" is a homage to the valour, sacrifice and patriotism of Indian armed forces.

Roshan, 47, shared the news of Kapoor's casting via social media, which coincides with the veteran actor's 65th birthday Friday.

The actor said he is excited to be sharing screen space with his idol, Kapoor.

"Happiest Birthday to the man who grows younger each year in spirit and health, @AnilKapoor! Best wishes to you Sir. From witnessing your legendary presence on sets as a mere assistant, to finally having the opportunity of sharing the screen with you.. Super excited for #Fighter," he captioned a photo with Kapoor and Anand.

"Fighter" is the third collaboration between Anand and Hrithik after blockbuster hits like 2014's "Bang Bang" and 2019's "War".

Backed by Viacom18 Studios, the film is slated to arrive in theatres on January 26, 2023.