Taking to his Instagram handle, Big B shared a black and white snap with Vicky's father-action director Sham Kaushal whom he has worked with for several projects.
ANI 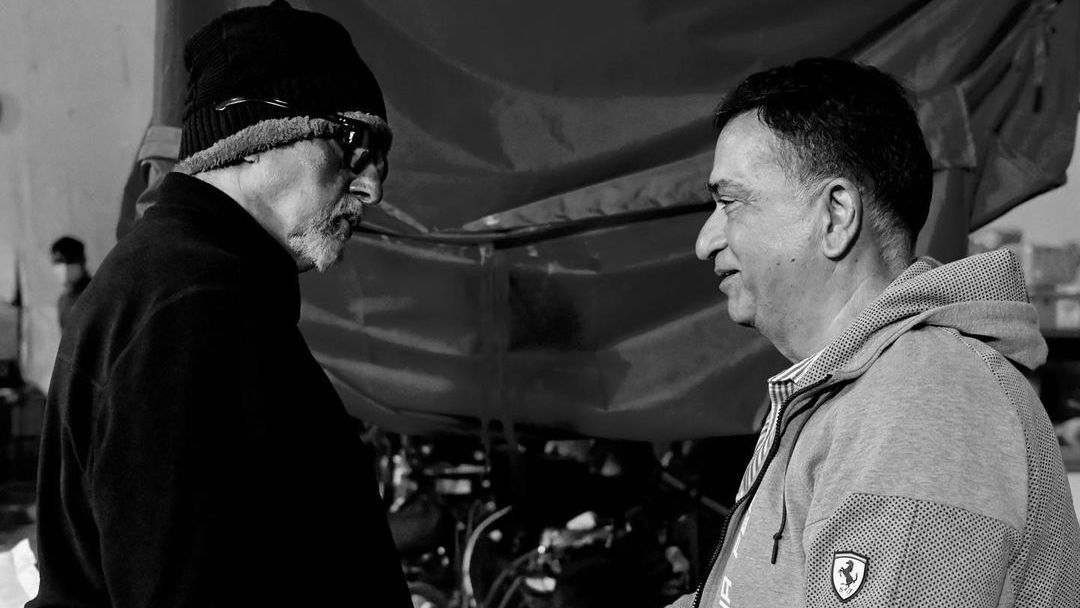 Bollywood actors Vicky Kaushal and Katrina Kaif might have received a plethora of best wishes after they tied the knot on December 9, but here come the heartfelt wishes from megastar Amitabh Bachchan who congratulated the former's father with a sweet social media post.

Taking to his Instagram handle, Big B shared a black and white snap with Vicky's father-action director Sham Kaushal whom he has worked with for several projects.

In the picture, Big B and senior Kaushal could be seen shaking hands with each other at a film set.

Sharing the snap, Big B wrote, "On set with Action Director Sham Kaushal, Vicky's father... been working with him for ages... a most humble endearing and loveable human...Vadhaiyaan vadhaiyaan vadhaiyaan." Vicky also responded to the sweet post by writing "Sir," with a string of red heart emoticons in the comments section.

Bollywood stars Vicky Kaushal and Katrina Kaif on Tuesday made their first public appearance as husband and wife at the Mumbai airport.

The newlyweds have returned to Mumbai after enjoying a romantic honeymoon, which reports suggest was in the Maldives. The duo had jetted off to the exotic island country after tying the knot on December 9.

Fondly referred to by fans as VicKat, the couple had gotten married in an extremely private, intimate ceremony at the luxurious Six Senses Fort Barwara in Sawai Madhopur, Rajasthan.

Over the past week, Katrina and Vicky have been treating fans with stunning pictures from their wedding. They recently flooded Instagram with glimpses of their pre-wedding photoshoot. The couple looked perfect in their matching Sabyasachi outfits.

They will reportedly throw a wedding reception party for the film fraternity in the upcoming days and will resume work after concluding all wedding festivities.