The movie is slated to hit theatres on February 21, 2020, and will clash with Ayushmann Khurrana-starrer 'Shubh Mangal Zyada Saavdhan'.
FPJ Web Desk 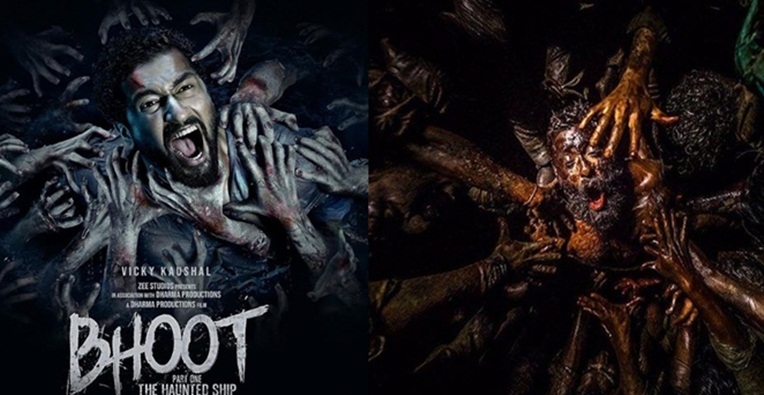 The makers of 'Bhoot Part One: The Haunted Ship' shared new posters of the horror film on Thursday. The spooky posters definitely triggered the excitement of fans. However, netizens were quick to point out that one of the posters looked a little too inspired, rather a blatant copy of Lijo Jose Pellissery's 'Jallikattu'.

'Jallikattu' is a Malayalam language thriller that featured Antony Varghese, Chemban Vinod Jose, Santhy Balachandran and Sabumon Abdusamad. The film which was helmed by Lilo aka 'king of chaos', released in 2019.

After Karan Johar, Vicky Kaushal and Bhumi Pednekar took to their social media to share the posters of the film, netizens mocked the makers for copying the Malayalam language drama thriller's poster.

The poster in question is the one in which Kaushal is seen being held by many haunted hands.

A user wrote, "Will Bollywood ever think something original? shamelessly copied poster of Jallikattu."

You can hear the similarities. Am I right? #Bhoot #Jallikattu pic.twitter.com/NZGqTKCgfp

In the teaser, Kaushal is seen exploring a dark abandoned place with a torch in his hand.

Walls stained with blood emerge and in one place Kaushal is seen looking at a wall where he finds an image of his face plastered with blood-soaked handprints.

The teaser ends with several hands emerging from the wall behind Kaushal and pulling him in as he struggles to escape.

'Bhoot Part 1: The Haunted Ship' is a part of the horror franchise that revolves around a ship that lies static on a beach.

Produced by Karan Johar, the horror-thriller flick also features Bhumi Pednekar and Ashutosh Rana in lead roles in the film. The movie is slated to hit theatres on February 21, 2020, and will clash with Ayushmann Khurrana-starrer 'Shubh Mangal Zyada Saavdhan'. 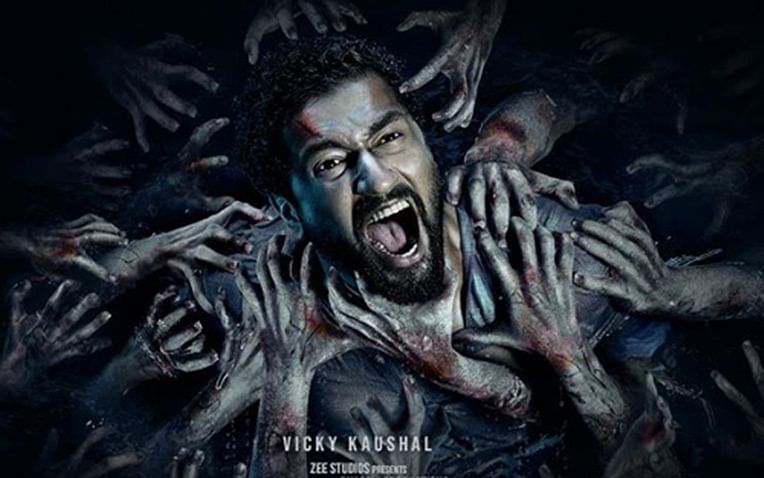