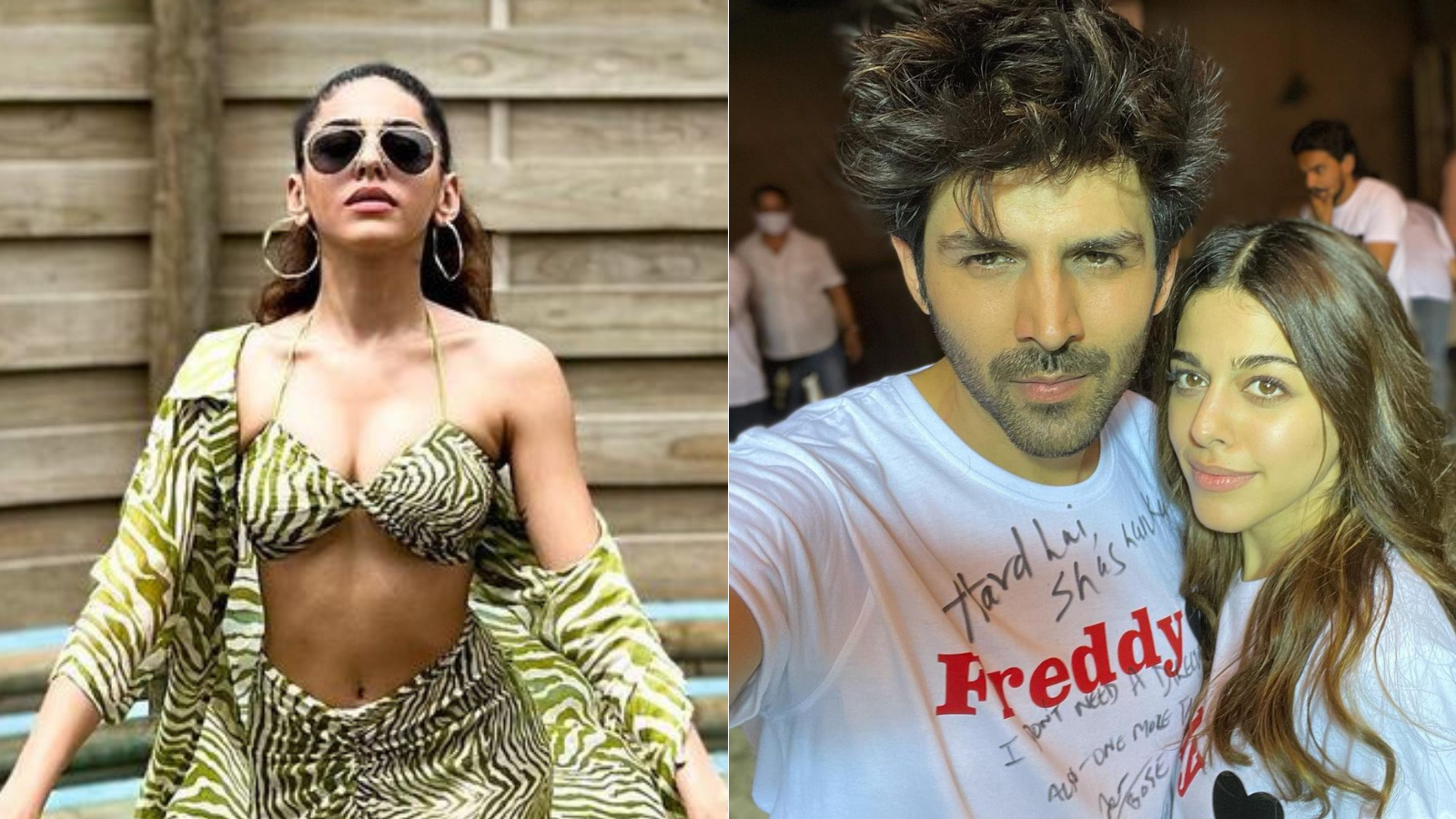 Bollywood actress Alaya F recently dropped stunning pictures of herself in which she can be seen clad in a sexy bikini top along with a matching wrap skirt.

Alaya is an avid social media user and often gives glimpses of her photoshoots, fashion and fitness.

The actress posted the stunning pictures from her tropical vacation on her official Instagram account and her fans flooded the comments section with adorable comments.

In the photos, Alaya is seen in a white and olive green striped bikini top along with a matching wrap skirt styled with a matching overlay while flaunting her perfect beach body.

Alaya looks drop-dead gorgeous as she gets snapped walking out of the azure water. Her hoop earrings and black shades complimented her overall look.

Moments after the actress shared the photos on Instagram, Alaya's 'Freddy' co-star Kartik Aaryan reacted to her post. Taking to the comments section, Kartik asked, "Who is clicking the pics." 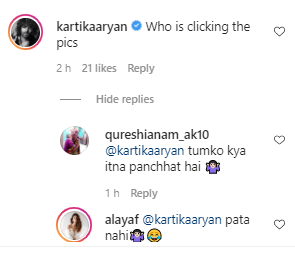 Kartik and Alaya headed to Panchgani last month to continue shooting for their upcoming film 'Freddy'.

Earlier this week, Alaya and Kartik shared pictures and videos from Freddy's set and announced that they have wrapped the shoot.

The forthcoming film is helmed by Shashanka Ghosh and is produced by Ekta Kapoor (Balaji Telefilms) and Jay Shewakramani (Northern Lights Films). The romantic thriller is said to be packed with unpredictable twists and sharp turns.

Alaya is the daughter of Pooja Bedi and her ex-husband Farhan Furniturewalla, who lives in Goa.

Meanwhile, on the work front, Ekta Kapoor announced earlier that she will be producing the Hindi remake of Kannada thriller 'U-Turn', featuring Alaya in the lead role.

Alaya made her Bollywood debut with 'Jawaani Jaaneman', in which she co-starred with Saif Ali Khan and Tabu. She won the Filmfare Award for Best Debut Actress. Alaya F shares sexy pic in a feathery outfit from her bold photoshoot; fans say 'too much hotness'