Akshay Kumar’s 'Sooryavanshi' to release on Gudi Padwa, will be screened 24/7 in Mumbai

Akshay Kumar said that it is a great moment in the cinematic history of India to be the first one to present Sooryavanshi on March 24 that will be screened 24/7 in Mumbai.
BollywoodHungama 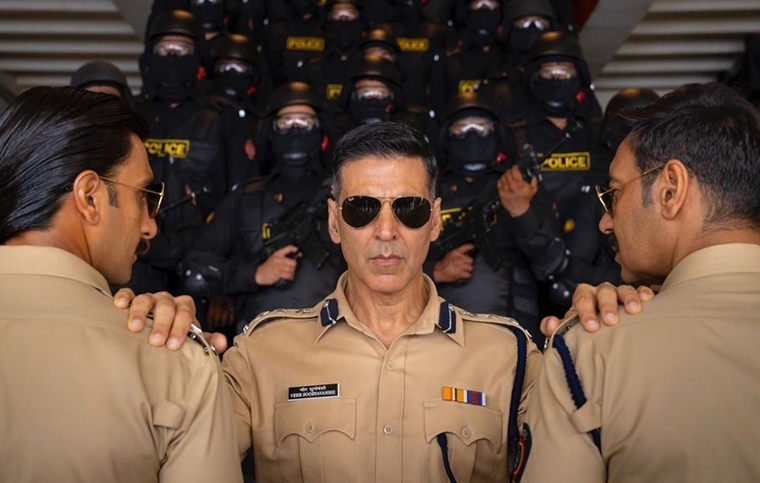 Akshay Kumar is collaborating with Rohit Shetty for the very first time in the upcoming action drama, Sooryavanshi. The film, which is to release on March 27, will now hit the screens earlier than scheduled. As per the latest reports, Sooryavanshi will be releasing on March 24 at 6 pm.

Akshay Kumar said that it is a great moment in the cinematic history of India to be the first one to present Sooryavanshi on March 24 that will be screened 24/7 in Mumbai. The actor said that it will be the best way to spend Gudi Padwa as a film fanatic. He said if this initiative was around his young days, he wouldn't have bunked school so much. After 'Sooryavanshi', Rohit Shetty’s next instalment in cop universe is 'Singham 3'

Capturing the auspicious occasion of Gudi Padwa and Ugadi, which follows the next day, and also marks the beginning of vacation for schools and colleges, Sooryavanshi is poised to enjoy a festive & summer break release period! Also, following Aditya Thackeray’s recent initiative, turning Mumbai 24x7, Sooryavanshi will be screened all night in theatres in Mumbai.

Talking about the initiative Aditya Thackeray shares, "Mumbai is a city that never sleeps. Mumbai is also the entertainment hub of India. I’m so glad that Akshay Kumar and Rohit Shetty are launching Sooryavanshi from the evening on the 24th of March. A hard-working city deserves more hours to chill and unwind.

That’s exactly the aim. 24 hours theatres will hopefully be a big boost to the industry and people. A film release that is in the evening, on the occasion of Gudi Padwa, to do with Mumbai Police and starring Akshay Kumar- a man committed to the cause of women's safety and fitness- what better than that."

Taking about the same Akshay Kumar shares, "What a moment in cinematic History in India...To be the first to present our film Sooryavanshi at what is now called 24x7 Mumbai is just the best way any filmy fanatic can spend Gudi Padwa. I wish this initiative was around when I was young, maybe I wouldn't have bunked off school so much."

Talking about the same Rohit Shetty shares, ''We are also excited to take forward, Aditya Thackeray’s initiated Mumbai 24x7 and releasing Sooryavanshi on the evening of the 24th March which will run all night in Mumbai.”.

In Sooryavanshi, Akshay Kumar is essaying the role of an ATS officer Veer Sooryavanshi. The film will be jointly produced by Rohit Shetty Picturez, Cape Of Good Films and Dharma Productions. The film is produced by Hiroo Yash Johar, Aruna Bhatia, Karan Johar, Apoorva Mehta, and Rohit Shetty.