Taking to social media, Akshay shared a photo in which he can be seen sitting while Nitara gives him a tight hug
FPJ Web Desk 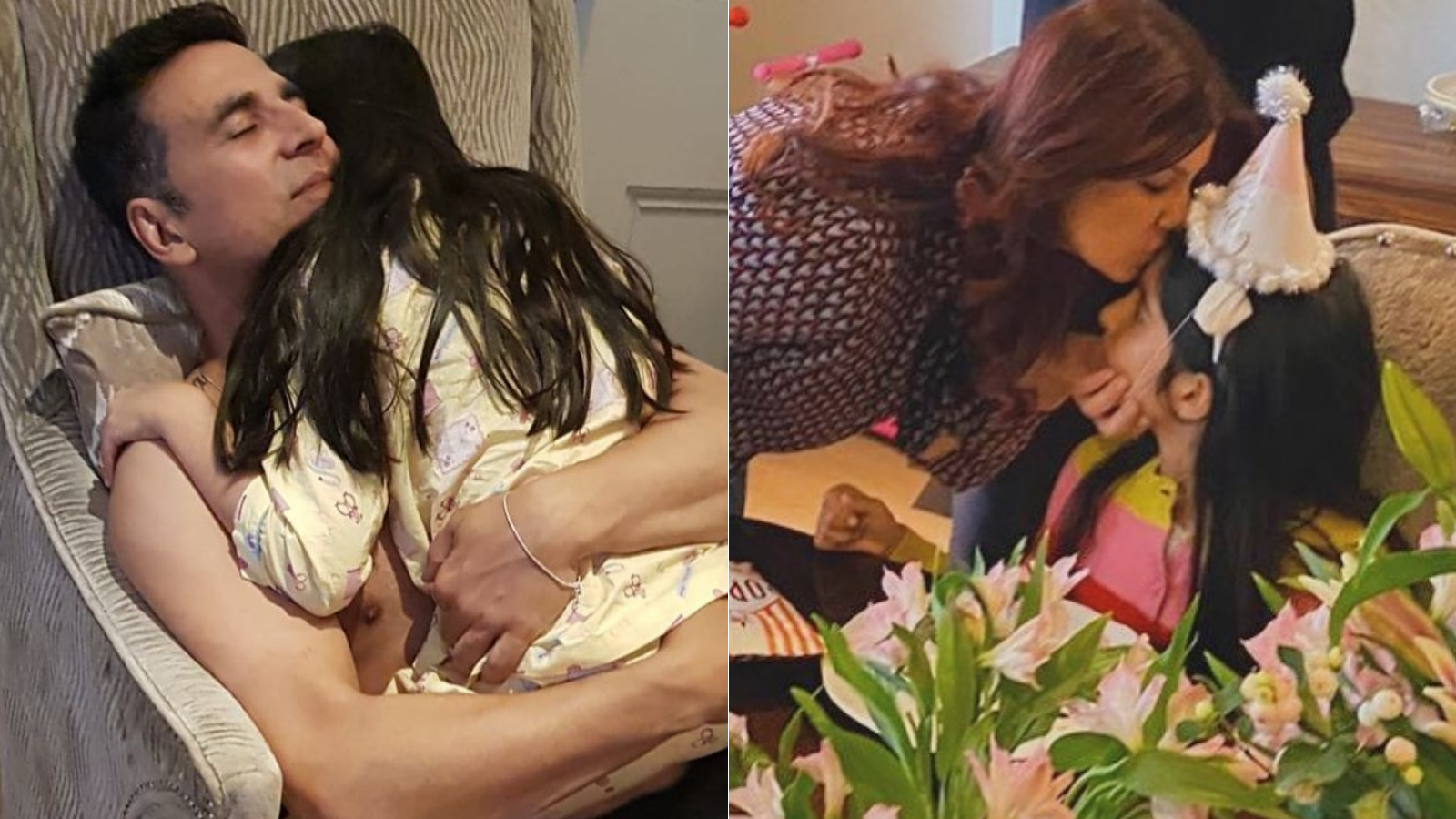 Bollywood superstar Akshay Kumar on Saturday posted a super cute picture and penned a heartfelt note to wish his daughter Nitara on her birthday.

Taking to social media, Akshay shared a photo in which he can be seen sitting while Nitara gives him a tight hug.

"No bigger joy in the world than a daughter's tight hug. Happy Birthday, Nitara - grow up, take on the world, but always stay Papa's precious li'l girl too. Love you," he wrote along with the adorable picture.

Moments after he shared the post, fans and celebrities, including Vaani Kpaoor and Bhumi Pednekar, took to the comments section to wish Akshay's daughter.

Twinkle Khanna also took to Instagram and shared a candid photo to wish her daughter.

"Nine years of having this little girl with a serious face and a wicked sense of humour in my life. The other day after I greeted the pavement with my bottom as usual, she giggled, ‘Mama, you say I am clumsy when I drop my pencil but you keep dropping your whole body down.’ May she grow up holding laughter in her eyes forever. #HappyBirthday," she wrote.

On the work front, Akshay Kumar is a busy man, and his burgeoning diary is proof of that. The actor, whose 'Bell Bottom' was one of the first movies to enjoy a theatrical release after cinema halls opened last month, has reportedly signed two more films. With this, Akshay becomes the only A-list actor to have 10 films in various stages of production awaiting release.

Akshay is also slated to work on his debut web series with Abundantia Entertainment called 'The End'.