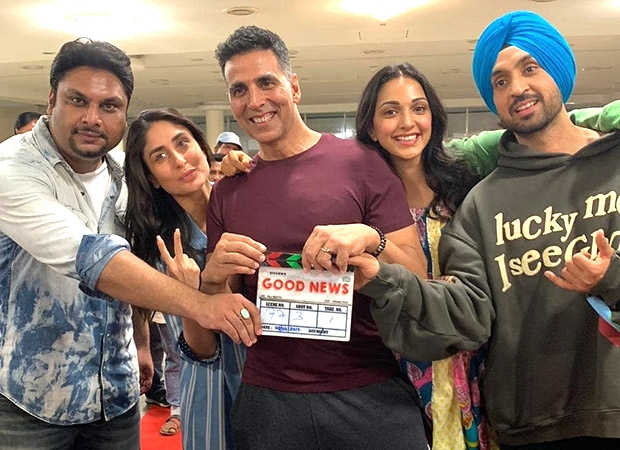 On the heels of back-to-back successful releases including Manikarnika: The Queen Of Jhansi, Kesari, The Tashkent Files, Article 15, Anandi Gopal, and Kala Shah Kala, Zee Studios announces a diversified slate of 8 films across 4 languages—Hindi, English, Marathi & Punjabi—to release before the end of this year.Continuing its long-term association with Dharma Productions, after giving block busters like Dhadak and Kesari together, the studio has partnered with Karan Johar’s production house once again to release 2 films—Bhoot starring Vicky Kaushal on November 15 and Good News starring Akshay Kumar, Kiara Advani, Kareena Kapoor Khan and Diljit Dosanjh on December 27, 2019.

Speaking on the studio’s strong content line-up, Shariq Patel, CEO, Zee Studios shared, “It’s been a great year for us till now with consecutive successful releases across languages. We are excited to collaborate with the best of creative minds in the industry to bring a strong portfolio of 8 new releases in 4 languages till December 2019. Having been the market leaders in Marathi cinema, we are now also expanding our regional slate of films with Punjabi and other languages. As a studio, our strategy ahead is to have a healthy mix of co-production and distribution deals across languages while ramping up our in-house productions.”

As market leaders in Marathi cinema, Zee Studios is looked up to be a game-changer in the industry with its record-breaking movies including Lai Bhaari, Natasamrat, Sairat, Naal, among others. The studio will bring 2 new films to its audiences before the end of this year—Khari Biscuit, directed by Sanjay Jadhav, slated to release on September 20, and Sameer Vidwans’ Dhurala, slated to release on November 1, 2019. Interestingly, Dhurala boasts of the biggest star cast ever to come together for a Marathi film with Ankush Chaudhry, Sai Tamhankar, Siddarth Jadhav, Sonalee Kulkarni, Prasad Oak, Alka Kubal and Amey Wagh. Kareena Kapoor got all eyes on her hot look; For her dance reality show “Dance India Dance”

The studio is currently also ramping up its in-house productions with various directors and will announce details of these projects soon.