Ajay Devgn showers love on wife Kajol as she turns 47: 'You managed to bring a smile to my face for the longest time'

Taking to Twitter, Ajay shared an adorable throwback photo with Kajol and penned a beautiful note on her birthday
FPJ Web Desk 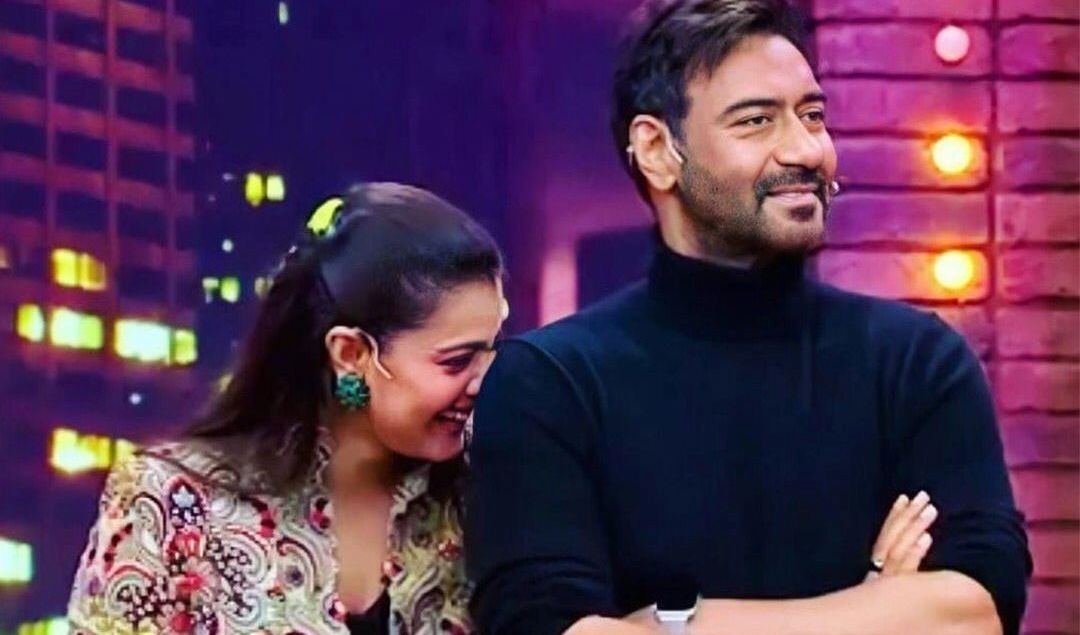 Actor Kajol turned a year older on Thursday (August 5). Her husband, actor Ajay Devgn, posted the sweetest wish for his better half on social media.

Taking to Twitter, Ajay shared an adorable throwback photo with Kajol and penned a beautiful note.

In the candid picture, Kajol is seen leaning on Ajay's shoulders while smiling. The actor has his hands folded.

Going by the caption, it seems like the actor has some exciting plans for Kajol's special day.

"You have managed to bring a smile to my face for the longest time now... Happy birthday dearest Kajol; will try to make it as special as you are," he wrote along with the photo.

Kajol's birthday celebrations began a day early with a scrumptious lunch and her two partners in crime. On Wednesday, Kajol was treated to a lunch date by sister Tanishaa Mukerji and mom Tanuja, glimpses of which was shared on Instagram.

Ajay Devgn and Kajol have worked in many films together. Their first film together was Hulchul (1995) and that was also the first time they met each other.

The duo was last seen together on screen in the 2020 film, 'Tanhaji: The Unsung Warrior'. They have been married for 22 years and have two kids-- Nysa and Yug.

On the work front, Kajol was last seen in the film 'Tribhanga'. Her future projects include the biopic Sasi Lalitha, besides 'Velaiilla Pattadhari 3'.

On the other hand, Ajay will be seen in films like 'Bhuj: The Pride of India', 'Mayday' and 'Thank God'. Kajol Birthday Special: Doting mommy moments of the actress with her kids Nysa and Yug
Advertisement