After 'Sooryavanshi', Rohit Shetty’s next instalment in cop universe is 'Singham 3'

The film on Sooryavanshi is all set to release next month and all eyes are now whether they'll be a repeat of Simmba.
BollywoodHungama 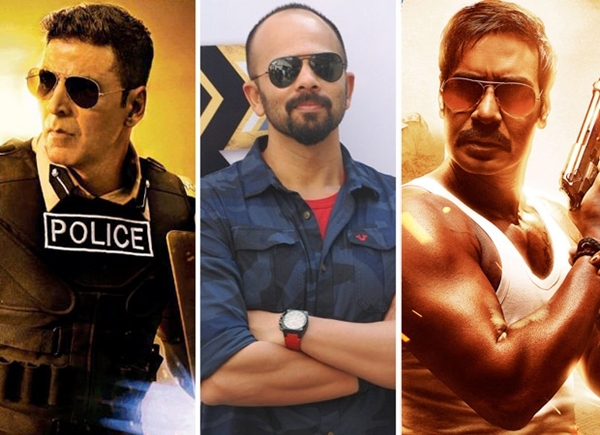 The 2018 super-hit Simmba worked big time not just because of it's performances, concept and of course the smashing cameo of Ajay Devgn as Singham, but also because the makers introduced a new cop - Sooryavanshi - played by Akshay Kumar. It gave rise to Rohit Shetty's cop universe too.

The film on Sooryavanshi is all set to release next month and all eyes are now whether they'll be a repeat of Simmba. In other words, moviegoers and trade are already speculating whether a new cop of the cop universe will make its appearance in Sooryavanshi finale. The internet is buzzing with reports that Hrithik Roshan will be the fourth cop of this franchise. Rohit Shetty is confident about 'Sooryavanshi'

Director Rohit Shetty however has set the record straight. In a conversation with the media recently, he made it clear that he won't be introducing a new character in the last scene of Sooryavanshi. He also added that the next film of the cop universe will be Singham 3.

He also added that the reason he won't be introducing any new character is because he'll then face the pressure of making a film on it immediately.

Rohit Shetty, meanwhile, also gave an update on Farah Khan's next directorial that he's producing. He clarified that their venture is totally different from the 1982 film Satte Pe Satta, as reported by a section of media. However, the film will take some time to roll as Farah is still writing it.

Coming back to Rohit's cop universe, it all began with the first part of Singham, which released in 2011. It was loved for it's treatment and Ajay Devgn's massy avatar. At the box office, it was a huge hit. The next part, Singham Returns, arrived in 2014 and also was a success.

This was followed by the Ranveer Singh-starrer Simmba. It was an even bigger hit and it made it clear that Rohit intends to carve out a franchise out of these super cop characters.

Interestingly, Singham 3 won't be the only film on which Ajay Devgn and Rohit Shetty are collaborating next. They'll also be seen in the fifth part of Golmaal, titled Golmaal Five. The project was announced in November 2019 and it now remains to be seen which one goes on floors first.

This article was orignally published by Bollywood Hungama