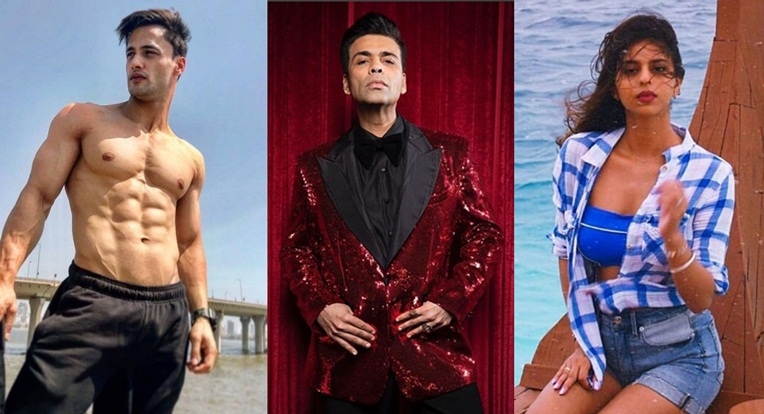 News of Shah Rukh Khan's daughter Suhana Khan and popular "Bigg Boss 13" contestant Asim Riaz's Bollywood debut has been doing rounds on the Internet. Filmmaker Karan Johar, on Tuesday, rubbished the rumours of their launch in 'Student Of The Year 3'.

Karan has previously launched Alia Bhatt, Varun Dhawan, Sidharth Malhotra, Ananya Pandey and Tara Sutaria with the "Student Of The Year" franchise. According to false reports, filmmaker Karan Johar, who is known to launch new actors in his films had taken up the task to introduce Suhana. Reports claimed that he will be launching Suhana and Asim in the third instalment of the 'Student Of The Year' franchise.

The filmmaker on Tuesday, took to Twitter and denied the rumours. Rubbishing the reports, Karan Johar wrote, "Absolutely baseless stories making the rounds of SOTY3 !!!! My request to everyone publishing this fabrication is to kindly Stop! Please!"

On the work front, the filmmaker currently awaits the release of "Bhoot Part One: The Haunted Ship" scheduled for February 21. The horror flick features Vicky Kaushal and Bhumi Pednekar.

'Bhoot Part 1: The Haunted Ship' is a part of the horror franchise that revolves around a ship that lies static on a beach.