Referring to Aamir's remark from years ago, Kangana took to Instagram and shared a screenshot of one of her posts on her Koo account
FPJ Web Desk 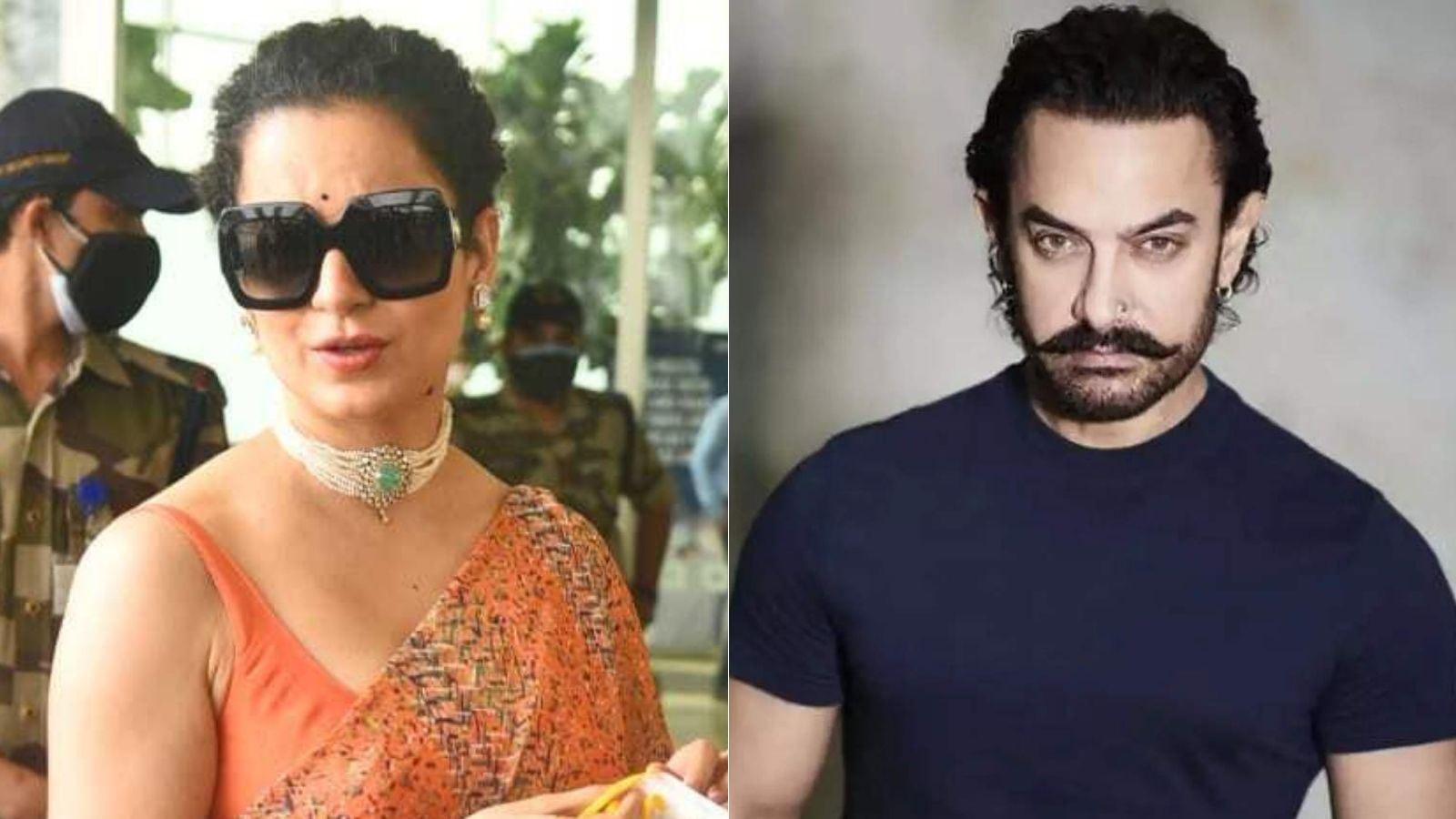 Amid her passport renewal controversy, Bollywood actress Kangana Ranaut on Wednesday took a jibe at actor Aamir Khan over his reported claims on India being 'intolerant'.

Referring to Aamir's remark from years ago, Kangana took to Instagram and shared a screenshot of one of her posts on her Koo account. She talked about Aamir's comment and said that the actor had offended the Bharatiya Janata Party, but he wasn't harassed.

Dragging Aamir into the controversy, Kangana wrote, "Please note when Aamir Khan offended BJP government by calling India intolerant no one held back his passport to stop his films or shoots in no way he was tortured or harassed #Justsaying (sic)". 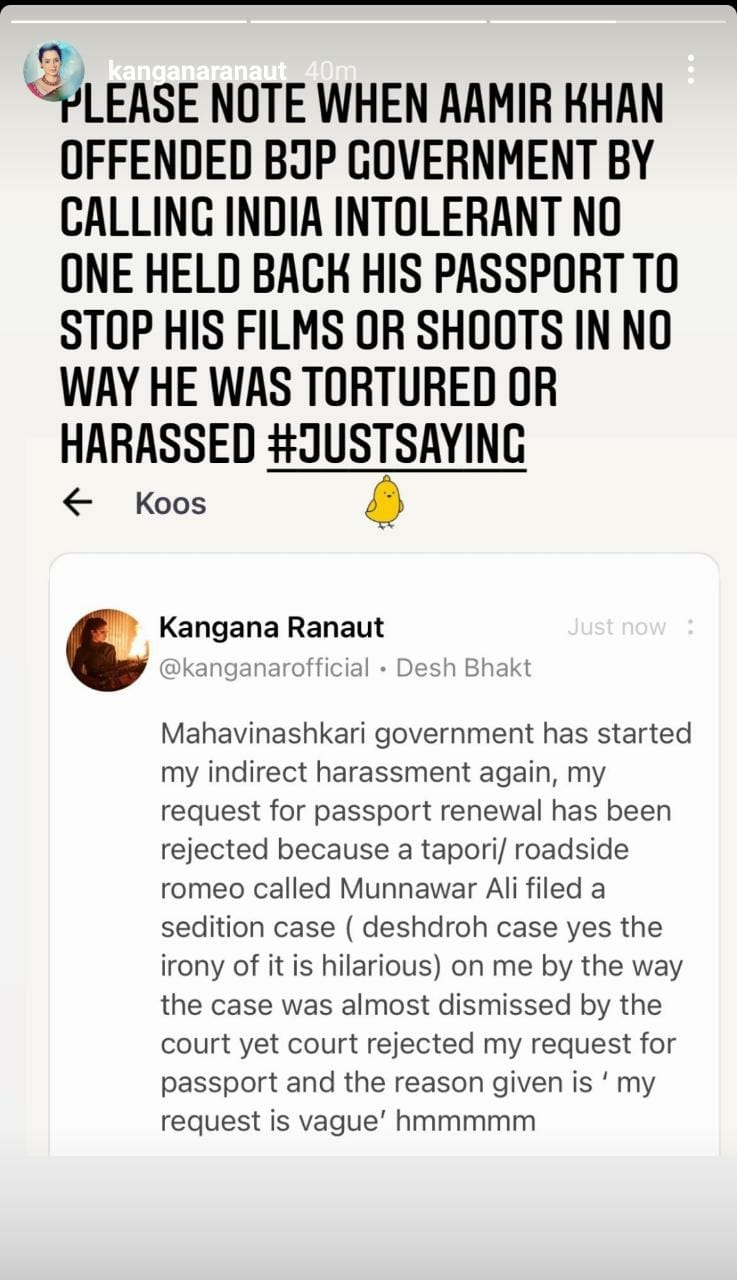 "Mahavinashkari government has started my indirect harassment again. My request for passport renewal has been rejected because a tapori/roadside romeo called Munnawar Ali filed a sedition case (deshdroh case yes the irony of it is hilarious on me) by the way the case was almost dismissed by the court yet the court rejected my request for passport and the reason given is 'my request is vague' hmm," read Kangana's recent post on Koo.

For the unversed, Kangana moved the Bombay High Court on Tuesday after the passport authority rejected her renewal plea. The actress said she wanted to head abroad for the shoot of her film. However, the passport authority reportedly raised an objection to the renewal of her passport on the grounds of an FIR that has been filed against her over alleged hateful tweets. It may be mentioned that the 'Thalaivi' actress resorted to Indian microblogging site Koo after she got suspended from Twitter due to her controversial tweets on West Bengal violence.

Meanwhile, earlier today, Kangana shared a poster of her upcoming film "Dhaakad", saying she looks forward to starting work on the film.

"Can't wait to start filming #Dhaakad," she wrote on the image, which she shared on her Instagram Story.

In the picture she shared, Kangana is seen in an action-packed avatar. A toppled burning car is visible in the backdrop. The actress is armed with a machine gun and a pistol. 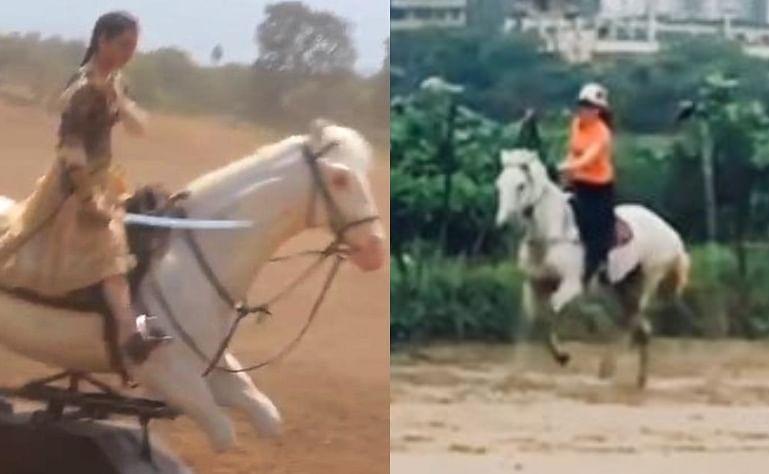