Vicky Kaushal and Ayushmann Khurrana are sharing the National award for best actor for Uri: The Surgical Strike and Andhadhun
BollywoodHungama 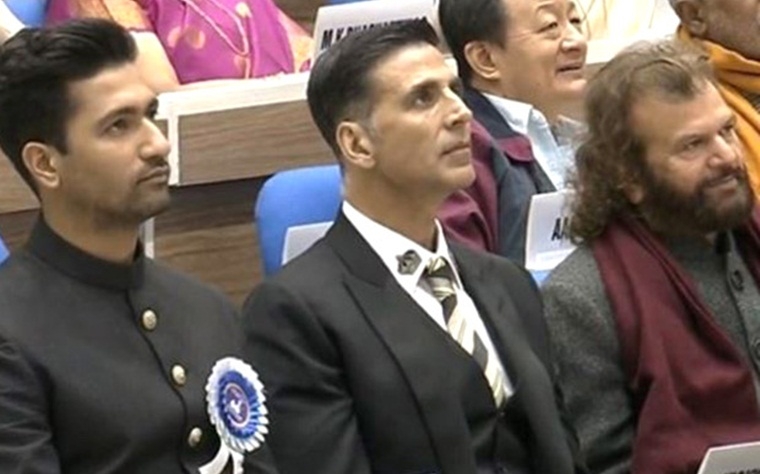 The who’s who of the entertainment industry has landed in New Delhi to attend the 66th National Awards ceremony. The winners were August this year. Actors Keerthy Suresh, Vicky Kaushal and Ayushmann Khurrana who were announced the best actress and best actor respectively are currently attending the same. Vicky Kaushal and Ayushmann Khurrana are sharing the National award for best actor for Uri: The Surgical Strike and Andhadhun, while Keerthy Suresh won the award for Mahanati. 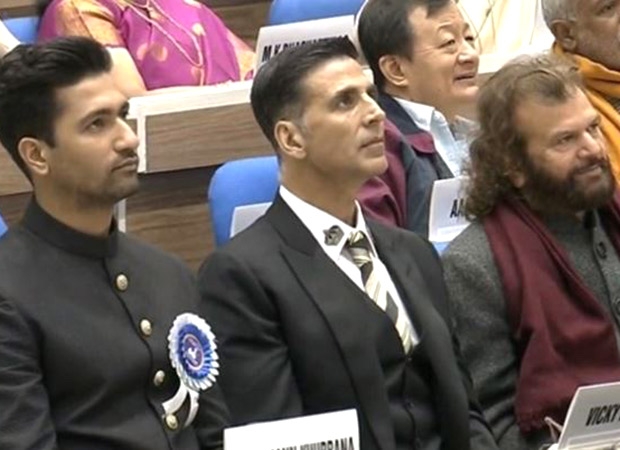 Vice President Venkaiah Naidu is distributing the awards at the Vigyan Bhawan. Divya Dutta and Sonali Kulkarni are hosting the event. Minister of Information and Broadcasting Prakash Javedkar was all praises for Akshay, Vicky, Ayushmann. In the pics, we can see Vicky Kaushal and Akshay Kumar sitting alongside each other.

Meanwhile, Amitabh Bachchan who was to receive the Dadasaheb Phalke award at the event could not make it because of his illness.

Check out the pictures: 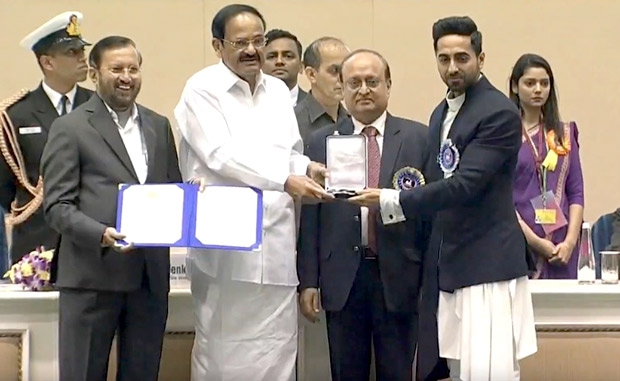 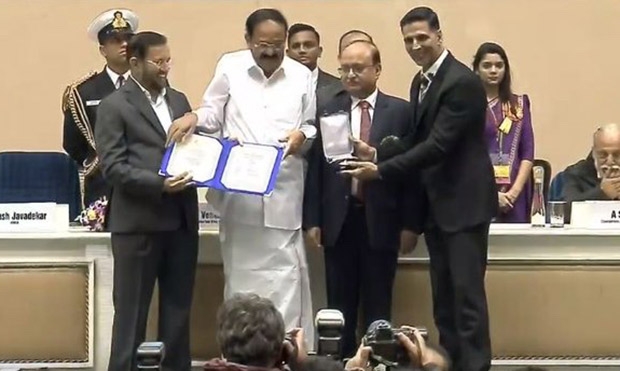 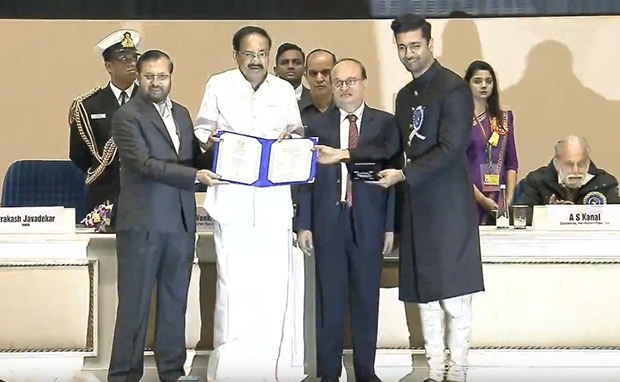 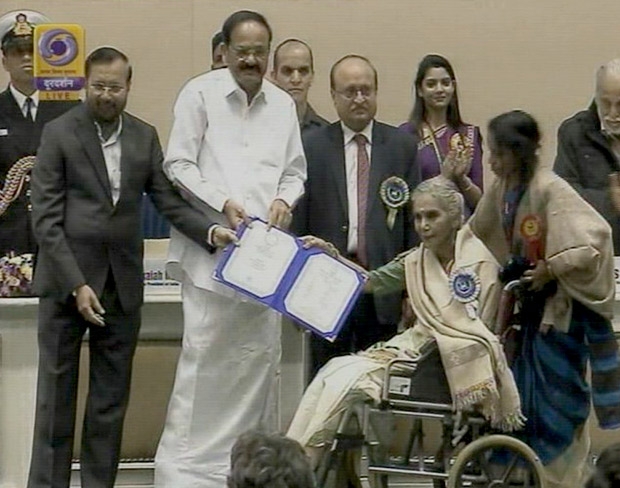 Meanwhile, the makers of Sudani from Nigeria, who won the Best Malayalam Film have boycotted the event due to the ongoing CAA protest in the country.