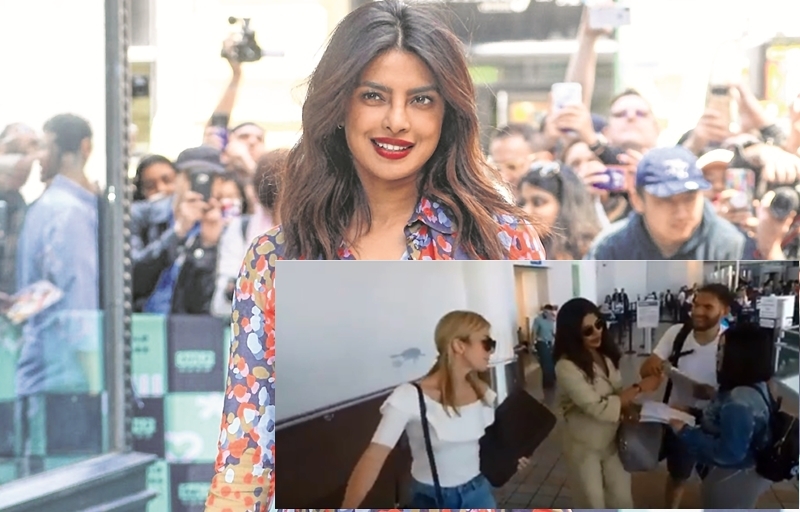 Priyanka Chopra is one Bollywood star who has the same recognition and fan base in India as in the West or that’s what we assumed till now. Bursting the bubble, a twitter user has recently claimed that the Desi girl hires people to pose as their fans.

Watch video till end. @priyankachopra hires ppl who act like fans in front of media. Same 2 ppl who ask for autograph in beginning, run towards terminal 2 and ask again.
RT and expose her PR made fake image ” GLOBAL star ” lol. pic.twitter.com/Tls2ZNZD03

While the netizens have got another chance to troll Priyanka by stating how Priyanka’s stardom is fake, many people have stood by PeeCee saying that the two fans in the video are actually autograph collectors who sell the autographs on the internet. This is apparently a part of the ‘Hollywood paparazzi’ culture. Now whether the @M4Messi claims are false or genuine, it does have raised questions about Priyanka’s popularity in West.

The actress is currently on a short vacation in Paris with her mom Madhu Chopra. Meanwhile on the work front Priyanka is currently shooting for film ‘The Sky is Pink’ which also stars Farhan Akhtar and Zaira Wasim