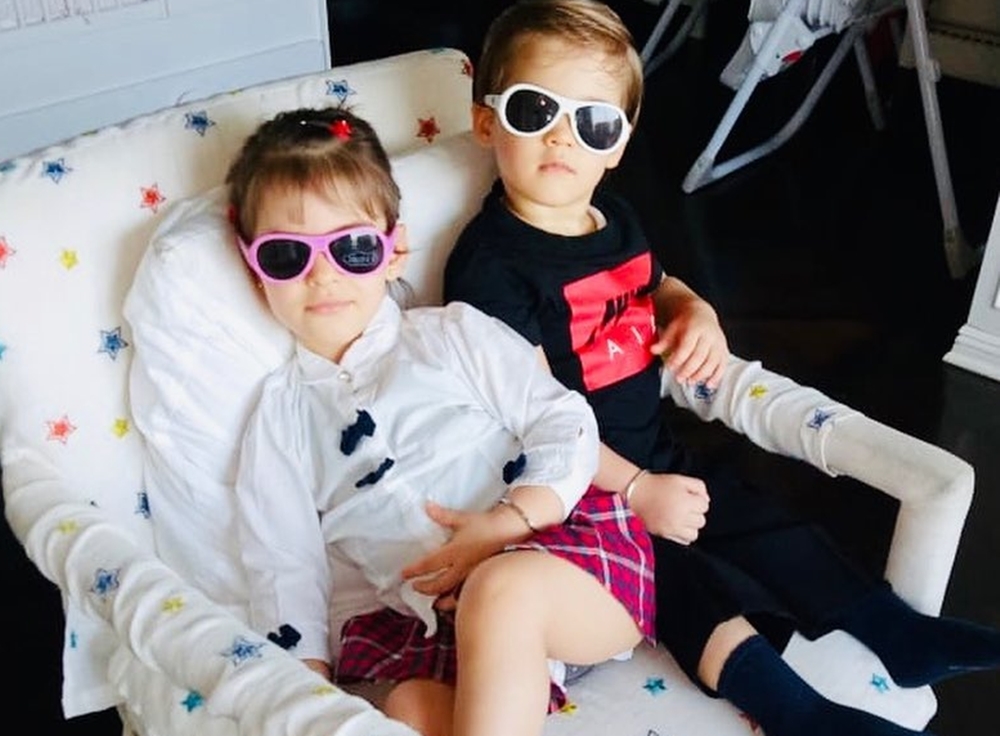 Karan Johar‘s toddler daughter Roohi and son Yash look like a true replica of their father when it comes to putting their best fashion forward. In the below picture which was shared by KJo on Instagram, we can see Yash and Roohi posing like the perfect supermodels.

While Yash was seen wearing black pants and a black regular t-shirt with red print, Roohi wore a red and white checkered mini skirt with a white shirt. Both Yash and Roohi were sporting sunglasses which made them look adorable. Karan captioned the picture as, ‘Baby vogue!!!!! #mylovestory.’ Check out the post below

Roohi and Yash were born to Karan via surrogacy in the year 2017. The twins were born prematurely and hence the kids stayed in hospital for a longer time. Karan too didn’t informed any of his close friends or media personnel about his decision of having babies via surrogacy. It was only after the kids were born that the world got to know about the munchkins.