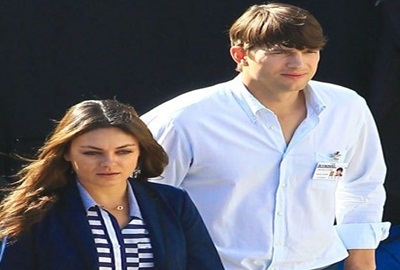 Los Angeles: Hollywood star couple Ashton Kutcher and Mila Kunis have reportedly tied the knot.  The couple are said to have tied the knot over the weekend, but neither the pair nor their representatives have confirmed the news, reports people.com.  Kutcher and Kunis sparked wedding rumours in January after Kutcher, 37, posted a cryptic image on Facebook with the words: “Happy New Year Love The Kutchers” written on the sand.  Later in March, Kunis, 31, was asked about her relationship status with Kutcher in an interview with James Corden of “The Late Late Show”.  “Are you married? Did you get married? Have you gotten married,” the late-night show host asked.  “I don’t know. Maybe. Maybe,” Kunis replied, leaving fans wondering if she and Kutcher was actually a married couple.  The duo first met on the set of FOX’s sitcom “That ’70s Show” which ran from 1998 to 2006. However, their romance started blossoming only in 2012.  In February 2014, they got engaged and later in October, they welcomed their daughter Wyatt Isabelle.