Anushka Sharma shares picture from her ‘bachpan’ on Flashback Friday 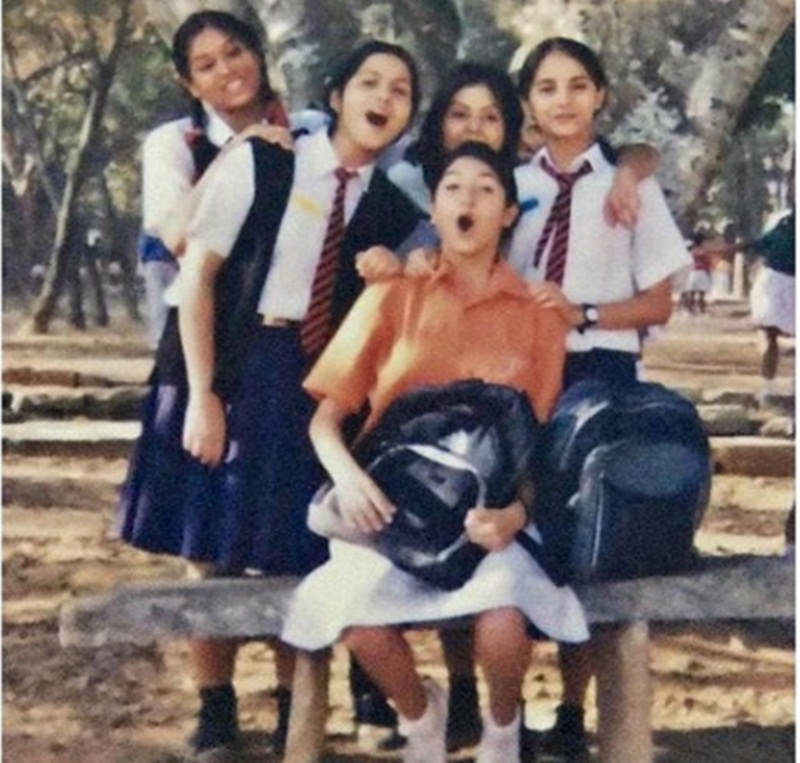 Anushka Sharma is one actress who has always been known as someone who has made her mark in Bollywood without being in anyone’s camp. She is known to be upfront and disciplined. Being an outsider, she has proved that Bollywood has a place for everyone. The kind of roles Anushka has chosen, we can say that she has not taken the safe road with her career; rather the actress has always tried to be experimental.

Anushka is also someone who has often given earful to the media whenever the paparazzi has crossed the limits. While Anushka comes across as a disciplined human being; the same was not the case with her when she was a kid, this was further proved by a throwback childhood picture of Mrs. Kohli which she herself has shared on her Instagram. She captioned the picture,” बचपन✨❤️ .PS – Our reaction to the photographer when he said cheese…….was this thanks @naimeesha_murthy for this memory ❤️❤️❤️ #flashbackfriday.”

Those who are finding difficult to spot Anushka in the pic, let us tell you the girl in saffron shirt, white skirt and a big smile on her face is Anushka Sharma. Check out the post below

Anushka who is riding high on the success of Sui Dhaga will be next seen in Anand L Rai’s Zero which also stars Shah Rukh Khan and Katrina Kaif.