Amrita Rao and Deepika Padukone are related! Find out how 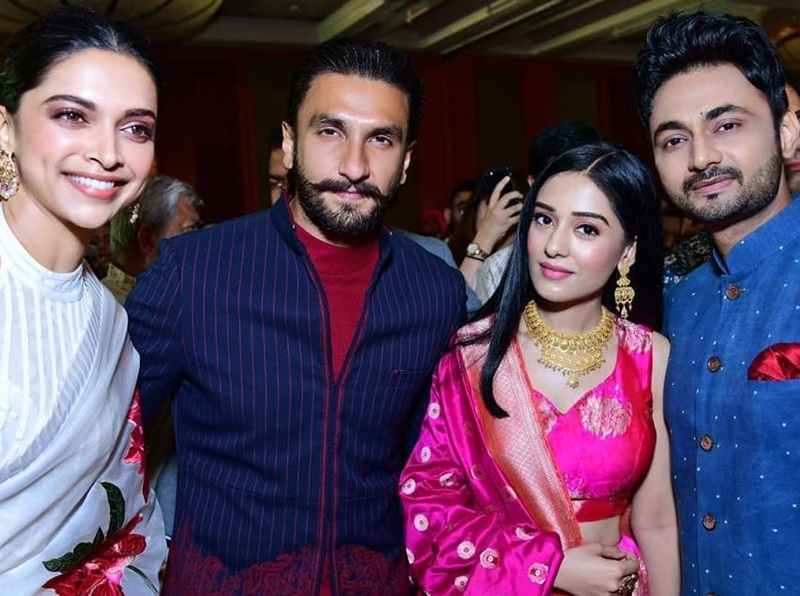 Bollywood actress Deepika Padukone and Amrita Rao, share more than just a common director- Farah Khan, who had them in Om Shanti Om and Main Hoon Na respectively. Apparently we got to know that the two are related to each other.

It’s not the first time that Bollywood actors have found out they’re related through family lines. In this case however, the two were spotted at a Mumbai wedding with their respective husbands. While Deepika and Ranveer Singh stole the show, a report in India Today reveals that the wedding was of DP’s cousin brother to Amrita’s cousin sister. This makes the two actresses related to each other.

*Did you know, two Konkani beauties Deepika Padukone and Amrita Rao are related? Find out here!* Last few days we saw lots of pictures being circulated on social media where we saw the two power couples Deepika Padukone and Ranveer Singh meeting Amrita Rao and RJ Anmol at a wedding. Here is the real story. Interestingly, Deepika Padukone’s cousin brother and Amrita Rao’s cousin sister have tied the knot amidst a huge spectacular Konkani wedding at a posh suburban hotel. Both actresses nailed it with her traditional outfits with a modern construction. While Deepika wore a gorgeous halter neck white sari with large lotus prints, Amrita wore a trendy kangiwarm lehenga and halter choli perfect for the summer wedding vibe. The two Konkani beauties, who came with their non konkani spouses Ranveer Singh and RJ Anmol were clearly the highlight of this wedding as they were seen exchanging laughter and bonding in their native Konkani language.

On the work front, Deepika’s next movie, Chhapaak, directed by Meghna Gulzar will also mark her debut as a producer. The biographical drama is based on the real life of acid attack survivor Laxmi Agarwal and also stars Vikrant Massey. The first schedule of the movie was shot in Delhi and was recently wrapped up.

Amrita, on the other hand, recently returned to big screens with the movie Thackeray based on late Shiv Sena supremo Balasaheb Thackeray.