Amitabh and Abhishek’s ‘saucy’ banter proves they are cool dudes! 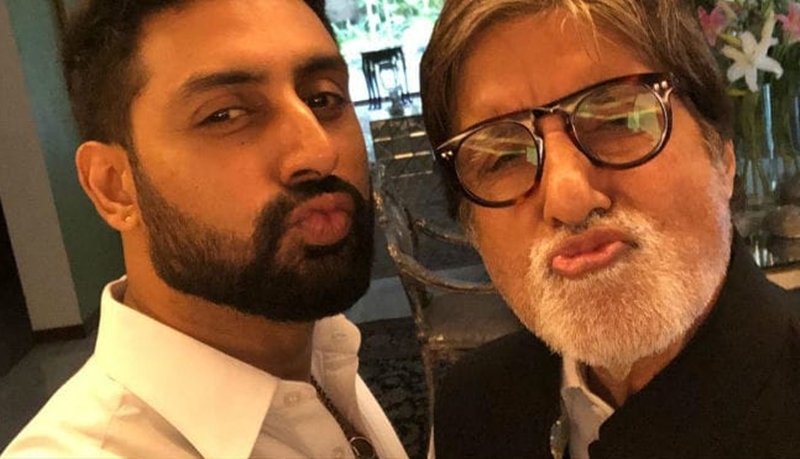 Like Father like son, Amitabh Bachchan and Abhishek Bachchan have often given netizens their dose of entertainment by pulling each other’ legs or making fun of each other on social networking sites. Few days ago, Senior Bachchan posted a picture on Instagram where he shared a childhood picture of Abhishek. While the picture was too cute it was Amitabh’s hilarious caption that made our day. He captioned the picture, you look like sauce’

Abhishek, who is known for his witty sense of humor, took revenge from his father and how. The Junior Bachchan yesterday posted a throwback photo of Amitabh Bachchan which is a very young version of him. Abhishek captioned the picture, ‘And he said I look like sauce!’.

And he said I look like sauce! @amitabhbachchan #flashbackfriday #payback

Abhishek and Amitabh’s cool camaraderie can be sensed from all the social media banters which they keep having. Everyone knows that Big B is very close to their children, Shweta and Abhishek. The doting dad is often seen sharing blogs and posts where he has stated that how lucky and immensely proud he is of his children. On work front, Amitabh will be soon seen in ‘Thugs of Hindostan’ which is slated to release on November 8, Abhishek is likely to star in Anurag Kashyap’s next, where he will share screen space with wife Aishwarya Rai Bachchan.