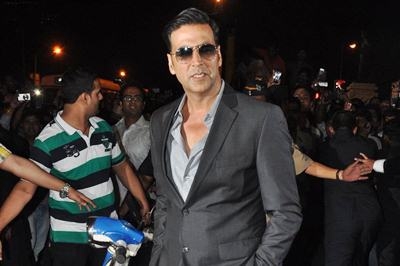 The taut thriller Airlift about the evacuation of Indians from Kuwait after Saddam Hussain’s invasion in 1990 and one man’s heroism is not the kind of film where songs fit in. And yet, director Raja Krishna Menon conceived a prelude where Akshay sings a song during a get-together.

And now one more song has been added to Airlift. The song was shot at a special supplementary shooting on Sunday. Akshay Kumar who never breaks his rule of taking Sunday off for his family made an exception to shoot for the song.

Says director Raja Krishna Menon, “It’s a number where after the crisis Akshay’s character retrospects on happier days. We shot it not as an after-thought but because it fits into the plot.” About music and songs not fitting into the film Menon says, “It’s a tense film. But there are songs. And they don’t break the film’s tension.”