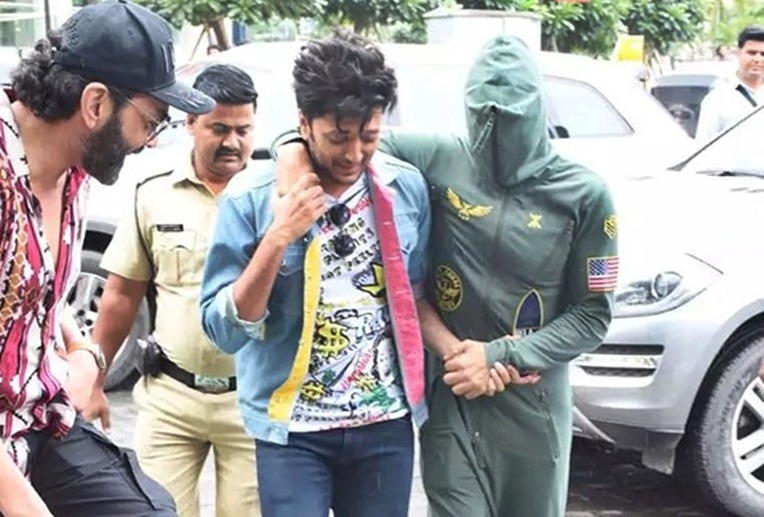 Akshay Kumar is currently on a promotional spree for his upcoming comic caper Housefull 4 which stars an ensemble cast. Since the Diwali release is just one day away, they have left no stone unturned in the promotions.

On Wednesday afternoon, the paparazzi caught Akshay Kumar, Riteish Deshmukh, Bobby Deol, Kriti Sanon, Pooja Hegde and Kriti Kharbanda arriving at a plush restaurant for lunch. The actor stepped out of his car dressed olive onesie zipped all the way to his head.

It was a hilarious moment as Riteish Deshmukh helped him and even shared the photos. “One of my favourite pictures #Housefull4 @akshaykumar @thedeol,” he wrote on Twitter. 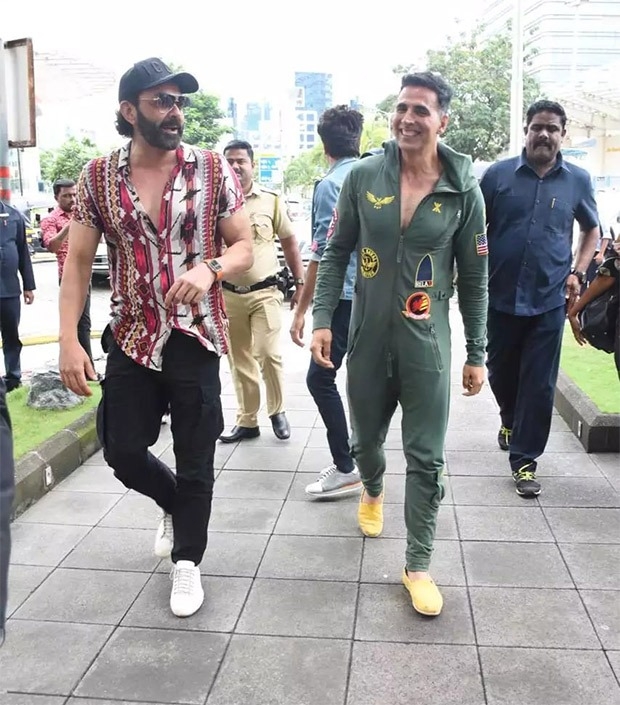 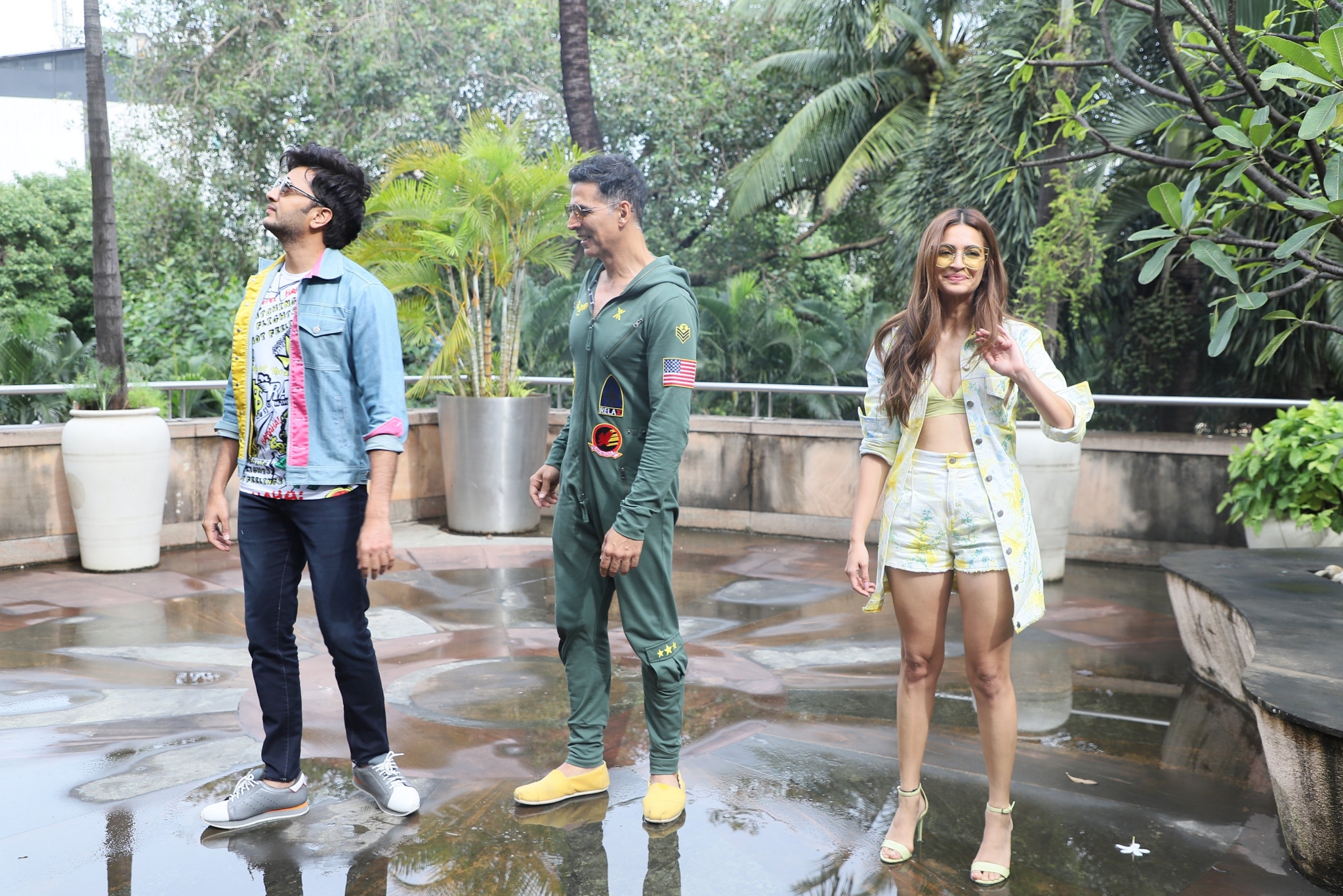 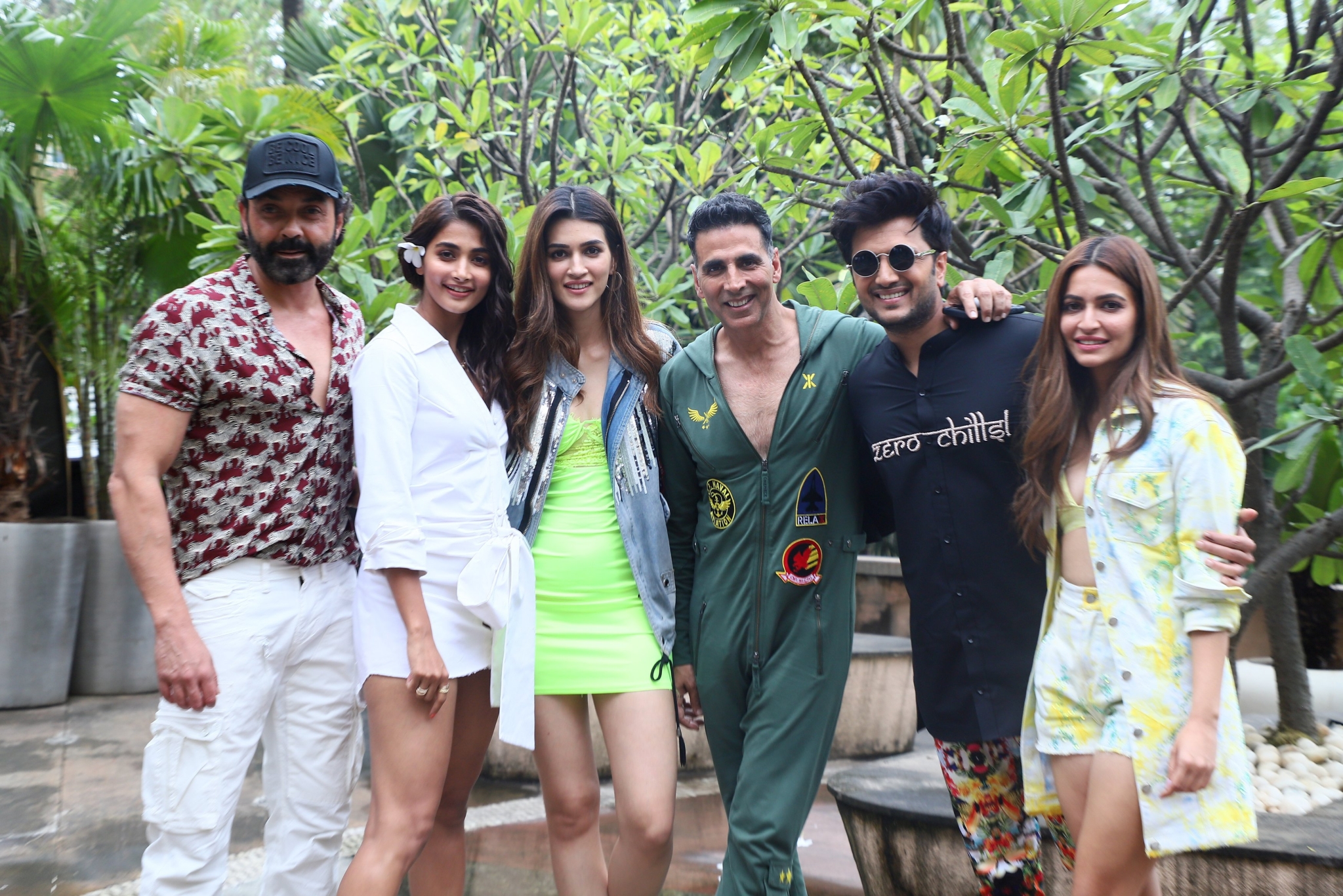 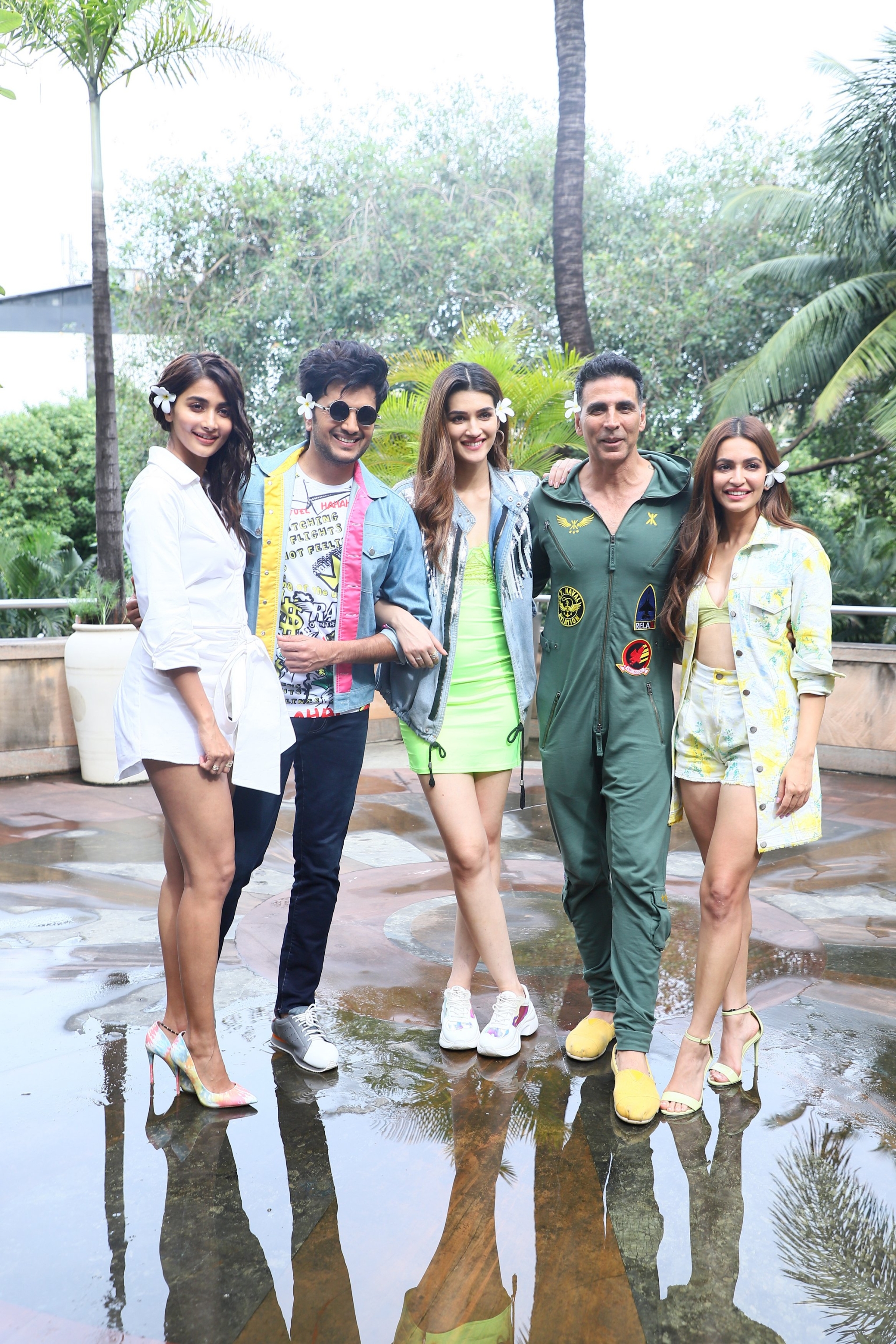 Housefull 4 is presented and produced by Sajid Nadiadwala‘s Nadiadwala Grandson Entertainment and co-produced by Fox Star Studios, directed by Farhad Samji. The film is slated to release on 25th October 2019.

Akshay Kumar's daughter definitely had more fun on the train than the Housefull 4 crew - find out...