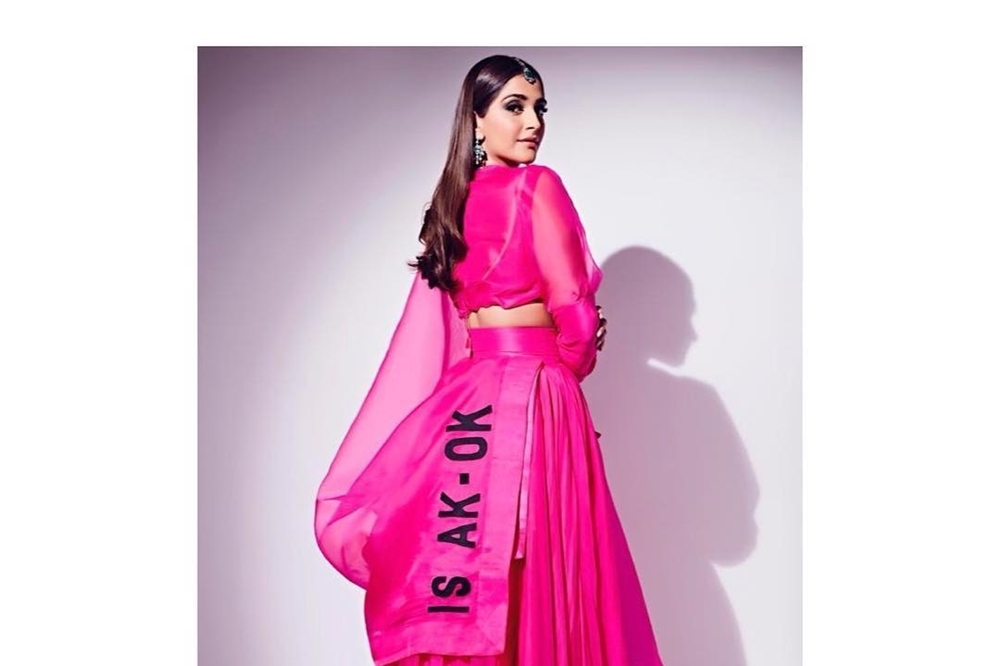 Sonam Kapoor along with sister Rhea Kapoor recently slammed India’s very own fashion police, DietSabya which accused their fashion designer friend Anamika Khanna of plagiarism. After receiving wrath from the Kapoor sisters, DietSabya has deleted the post where they stated that how Anamika Khanna who created custom designer outfits for the Kapoor Sisters that had the words ‘EVERYTHING IS AK-OK’ written on them, is copied from Anna Wintour’s sign off which is written as ‘AWOK’. Check out the below post which is now deleted.

When Rhea came to know about DietSabya’s post she clarified and commented, “Anamika Khanna went through a major health crisis last year, in order to bring her back to her work after an almost year-long sabbatical, her sons @thevisheshkhanna and @viraj_khanna started saying, “Everything is AK-OK, mom” and that’s where this has come from. Thanks. Anamika is a private person who doesn’t like being vulnerable in the public eye, for the record the first time she wore AK-OK it was herself at a Vogue event where she won designer of the year and went with her sons. I was there, and I speak from knowledge. There is also a post on her page explaining it. Before calling out the most talented designer in our country, as a wannabe fashion journalist you should’ve checked. Her silhouettes are inspired by street culture and her boys from hip-hop who are now helping her with the business. That’s where it came from. From Her sons.”

Even Sonam slammed DietSabya and requested them to check their facts properly before accusing someone for plagiarism. Sonam commented, “Dear Diet Sabya, this is a bit of a reach on your part. I am a bit disappointed as a fan of your page. I hoped for better.” Check out the comments below

Let us tell you that the outfit because of which the whole debate started was worn by Sonam Kapoor at Isha Ambani-Anand Piramal’s wedding.