Adele had posted a photograph of Skepta to her Instagram with the phrases “Tottenham Boy”, and he reposted with a rose and “love you.”

UK's most beloved singer Adele, hit headlines for her split from husband Simon Konecki, however recent buzz suggests that the 31-year-old singer is dating British rapper and document producer Skepta.

According to reports, the duo has not just been in touch ever since her breakup with Simon, but have been friends for the past three years, and it seems like the rapport has exceeded just friendship.

It was when Adele posted a photograph of Skepta to her Instagram in 2016, with the phrases “Tottenham Boy”, and he reposted with a rose and “love you.” Later that year, Skepta told, ES Journal that “Adele texts me all the time and keeps me in check. She speaks to me about how things are going.”

The “Someone Like You” singer's friends are hinting that the two can make for a great couple some day.

Adele and Konecki, who share six-year-old son Angelo, announced their separation in April this year after three years of marriage. She has now filed for divorce.

"Adele feels free and is moving on with her life. It looks like the divorce will be straightforward at this stage. They both wants what is best for their son," mirror.co.uk quoted a source as saying.

She is also working on new music. "She is definitely getting ready both mentally and physically to promote new music. It seems it will happen later this year. She talks about last year as a very difficult year and she's said in the past that creating new music is almost like therapy," said the source. 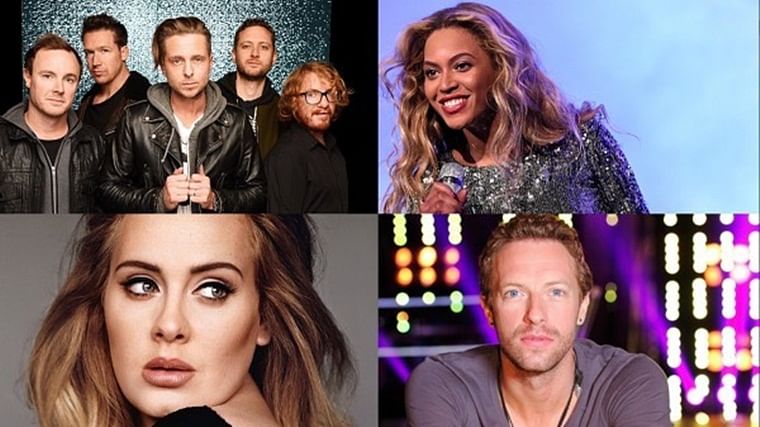