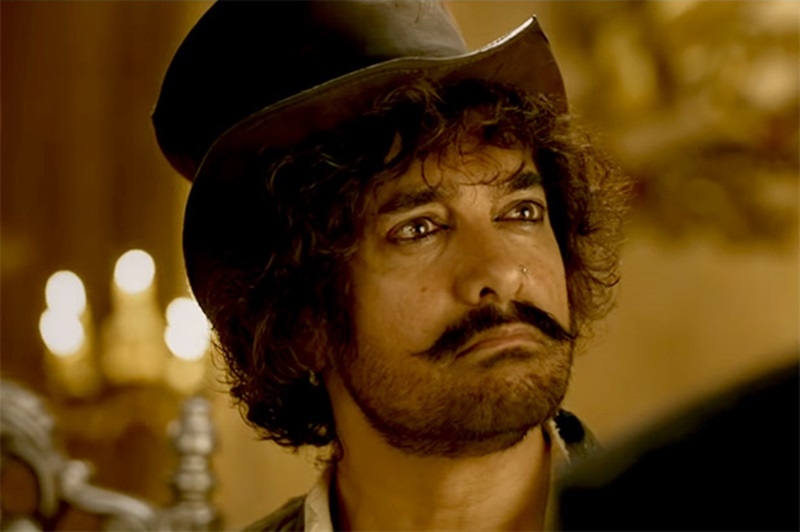 Gear yourself up for Aamir Khan aka Firangi to be your companion and road guide starting tomorrow! For the first time ever, a film’s character is set to take over Google Maps in India and we have exclusive information that users of the app will be pleasantly surprised to find Thugs of Hindostan’s Firangi Mallah helping users to navigate through Indian roads!

The team of Thugs of Hindostan has joined hands with Google Maps for a one of its kind innovation that is set to create a benchmark for movie marketing! Beginning today, commuters will have the option to drive along with Firangi on their Android or IOS smartphones. What’s humourous is that the users will find Aamir riding his pet donkey from the film throughout the journey! Google and YRF have also incorporated Firangi’s catchy dialogues from the film that have been loved by audiences like “1-2-3 quick march”, etc for an unique user experience on the app.

Talking about the association with the year’s most awaited film, Neha Waikar, Product Manager, Google Maps, says, “For the first time ever in India, we are truly excited to bring an India-specific experience to everyone’s smartphones. As people gear up for Diwali and to watch Thugs of Hindostan, we wanted to do our bit by making their driving journeys more fun and playful. We wish the movie all the success.” Check out the pictures below. 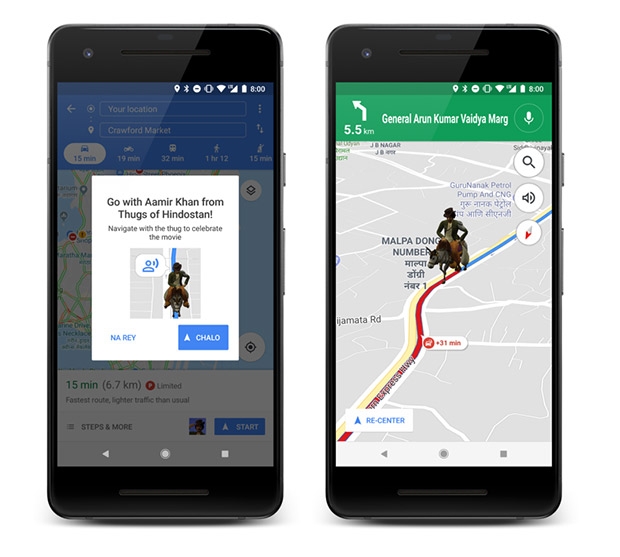 “Thugs of Hindostan is a very special film. As YRF, we are on the journey to create many firsts with it. It’s not only the biggest Bollywood movie produced till date but also for the first time ever brings together the two legends of Indian Cinema, Mr. Amitabh Bachchanand Mr. Aamir Khan. We were aware that no marketing idea that we implement can eclipse this. So we had to think of creating a first time, unparalleled and unrepeatable marketing idea to promote this film. And in Google Maps we found a perfect partner to do so. Google Maps is now a household name in India and is extensively used to travel around in our daily lives. We had a great time working with the team at Google to make ‘Firangi’ a part of these journeys, We are confident that people will love the experience and of course the movie,” says Manan Mehta, Vice President – Marketing and Merchandising, Yash Raj Films.

The film is set to treat audiences with the biggest and never seen before jaw-dropping action sequences to date. With its edge-of-the-seat thrills, an epic adventure on the seas and a visually immersive experience, YRF’s out and out entertainer, Thugs of Hindostan, is set to release on November 8, a national holiday, in Hindi, Tamil and Telugu.