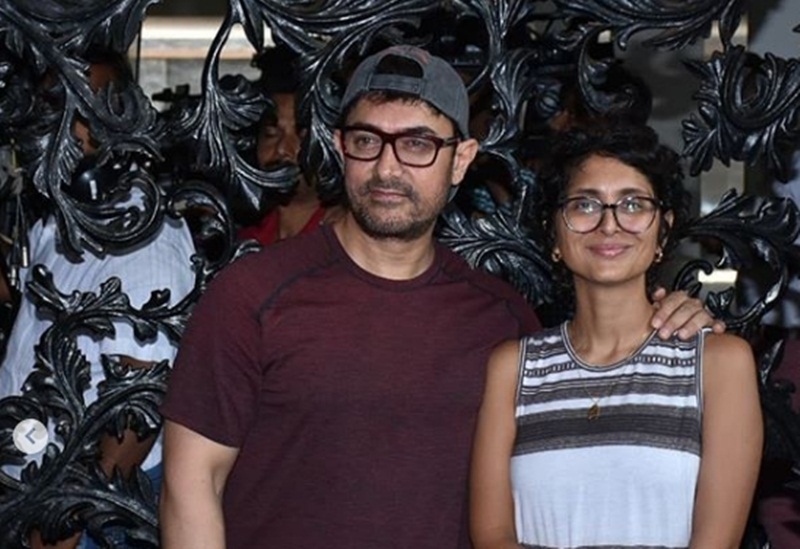 Aamir Khan announced his next movie on the occasion of his 54th birthday. According to Aamir’s announcement, his next will be adaptation of Hollywood’s hit film Forrest Gump starring Tom Hanks. He even revealed the title of the film and it’s ‘Lal Singh Chadha’.

On the occasion of his birthday Aamir gave his fans a surprise by announcing a movie.

Here are some pictures from the bash.

Talking more about Lal Singh Chadha it will be helmed by Secret Superstar director Advait Chandan and produced by Viacom18. Advait and Aamir Khan go way back since Advait had worked on Taare Zameen Par (2007) and Dhobi Ghat (2010) as assistant director before making directorial debut with Zaira Wasim starrer Secret Superstar.

“My next film is finalised it is called ‘Laal Singh Chaddha’. It is being made by Viacom18 Motion Pictures and Aamir Khan Productions together. It will be directed by Advait Chandan. It is an adaptation of Hollywood film ‘Forrest Gump’.

“We have bought the rights from Paramount… I am playing the lead role of Lal Singh,” Aamir told reporters here.

The actor said the makers are yet to lock the cast for the film. “We have started the prep work on the film. The shoot will start from October. I will be prepping for six months. I have to lose weight. I will be losing 20 kgs. I have to be lean and slim,” he added.

The makers of the film have not yet decided the release date for the film but are planning a 2020 outing. “I have always loved ‘Forrest Gump’ as a script. It is a wonderful story about this character. It is a life affirming story. It is a feel good film. It is a film for the whole family,” Aamir said.

The actor also revealed he would be sporting a turban “for some part of the film”.

Apart from that, rumours are strong that Aamir will be playing lord Krishna is his most ambitious project Mahabharata. While it is unclear whether it will be a feature film or a seven-part series, it sure will be a project on a very big scale. Inputs from Agencies