Dubai: Breath-taking performances,electrifying compositions and stunning visual effects marked the audio launch of much-anticipated Rajinikanth and Akshay Kumar starrer 2.0 on 27 October at Burj Park in Downtown Dubai. Hosted by Lyca Productions, India’s largest entertainment company, the event was organised in partnership with Emaar, and featured some of the Indian film fraternity’s finest talents.

The multilingual mega-budget launch drew the participation of the crème de la crème of Indian cinema, including Karan Johar, Rana Daggubati and Dhanush.

Also Read: Rajinikanth, Akshay Kumar and others launch the audio of 2.0 with much fanfare

Thousands attended the largest-scale audio launch of its kind in the history of Indian cinema, while enthusiastic crowds watched the live stream of the event from the Burj Plaza and the Water front Promenade. Megastar Rajinikanth took to the stage in his first-ever overseas movie promotion alongside co-star Akshay Kumar, music composer A. R. Rahman, producer Allirajah Subaskaran,and the film’s director S. Shankar, nicknamed the ‘Master of Grandeur’, while elegant Amy Jackson upped the glamour quotient. 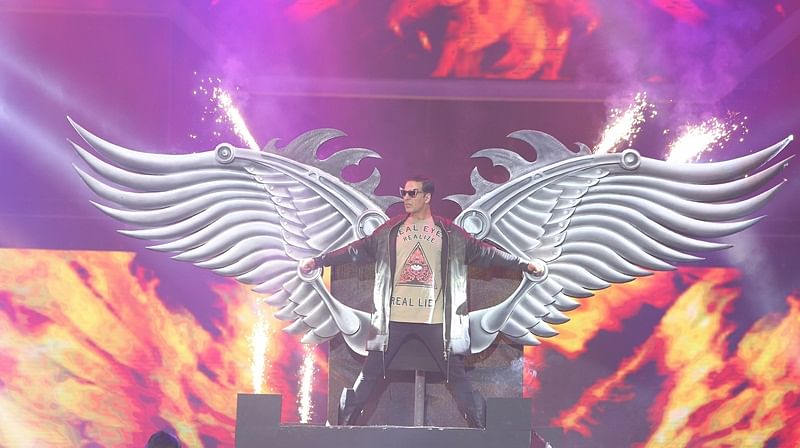 Celebrity filmmaker Karan Johar ratcheted up theexcitement of the audience throughout the evening as the cast andcrew interacted with the crowds and one another, and recalledanecdotes of their experience working on the US$90 millionmega-production. The spectators also witnessed the world premiere ofthe behind-the-scenes video that captured the making of 2.0.

Musician A. R. Rahman put on a soul-stirring performance, featuring select songs from the official 2.0 soundtrack supported by stunning special effects. The Academy Award winner was accompanied by the 55-member Macedonian Symphonic Orchestra. 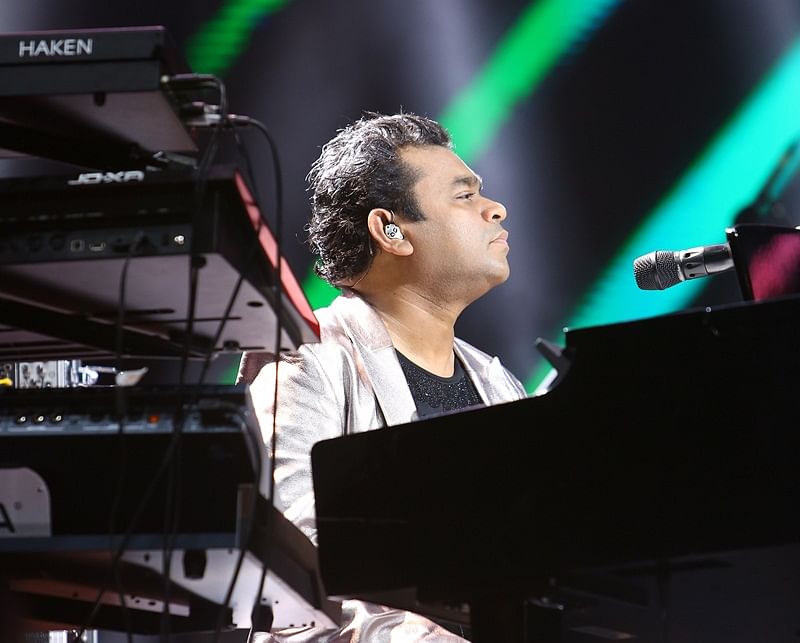 The talented Amy Jackson also wowed the audience with a live dance number, choreographed by Bosco Martis, India’s leading choreographer, and backed by a troupe of over 50 dancers.

Issam Kazim, CEO of the Dubai Corporation for Tourism and Commerce Marketing (DCTCM), said: “Dubai has along-standing affinity and fascination with Indian cinema. A recent example of this interest is the opening of Bollywood Parks at Dubai Parks and Resorts in 2016. We are proud that our city has been chosen as the location for the audio launch of 2.0. After all, what better venue to introduce the soundtrack of the biggest-budget Indian film than next door to the tallest building in the world. The spectacular premiere validates Dubai’s proficiency in hosting a wide variety of world-class entertainment and cultural events.” 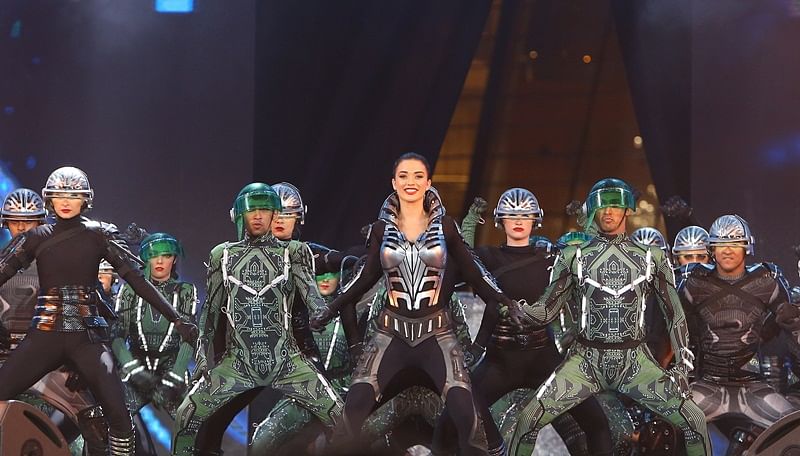 Forhis part, Allirajah Subaskaran, Chairman of Lycamobile, the parent company of Lyca Productions, said: “The phenomenal response to the audio launch of 2.0 is a testament to the passion and effort that went into producing the movie. The sheer scale of the event reflect sour desire to take Indian cinema to new heights and give the international audience a memorable experience.”

Pegged as one of Asia’s most expensive productions, 2.0 is the sequel to the 2010 sci-fi film Enthiran. Shot with 3D cameras for an exceptional visual experience, the movie will see Rajinikanth reprise the role of Dr Vaseegaran and the robot Chitti, and mark the debut of Bollywood superstar Akshay Kumar in Tamil cinema as the main villain. 2.0 will premiere worldwide in January 2018.