Washington: Following the school shooting in Texas, US Vice President Kamala Harris delivered an emotional speech condemning the attack and called for "action and taking a stand."

Not disclosing the details of the incident, she condoled the deceased and expressed sympathy for the people of Uvalde, saying "we stand with you and grieve with you."

The death toll has reached 21, including 19 children and two adults, in the shooting incident at a Texas elementary school, CNN reported.

Earlier, on Tuesday, an 18-year-old gunman killed 14 children and one teacher in a mass shooting at Robb Elementary School in Uvalde, Texas. The shooter also died.

This is the deadliest attack since the 2018 Marjory Stoneman Douglas High School shooting in Parkland, Florida, where 17 people were killed, according to CNN. 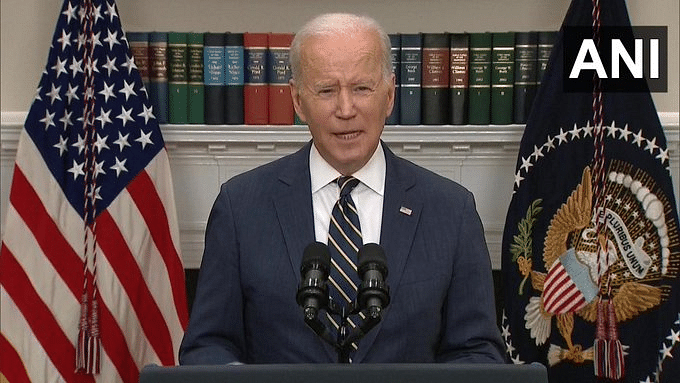