The state government has chalked out an estimated per student cost for a mid-day meal for a school which on average has 100 students.

Kolkata: At a time when the Union ministry of education has decided to send an inspection team to West Bengal to review the implementation of the mid-day meal scheme in the state, Trinamool Congress has raised a counter-question on whether the Central fund allocation per student under the scheme is sufficient to provide nutritious food.

The state government has chalked out an estimated per-student cost for a mid-day meal for a school which on average has 100 students.

As per that estimate with a school with 100 students, the average daily cost for running that scheme is Rs 595, which includes the price of cooking items, spices, fuel and the payment to cook. However, the average daily fund allotment under the scheme for such a school with 100 students is Rs 545. "So often the school authorities are forced to compromise on quality and at times even quantity of food to stay within the prescribed allotment. We cannot expect the teachers or headmasters to pay the excess amount from their own pockets," a state education department official said.

On an average, he added, each student in a meal is allotted 50 grams of rice, eight grams of pulses and 100 grams of vegetables. "Now add the cost of spices, fuel which is mainly cooking gas and the payment to the cook. Often there are demands for the addition of protein food like eggs or fish. With this paltry allotment when it is difficult to meet the bare minimum adding more nutrition is out of the question," he added. 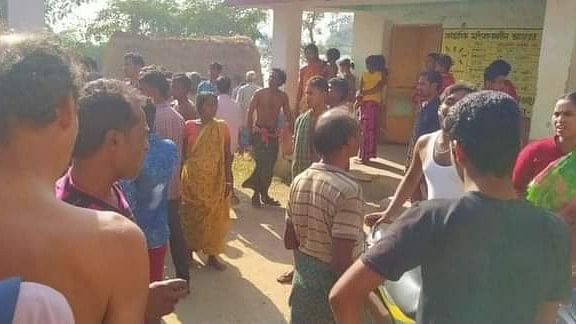 According to senior Trinamool Congress legislator Tapas Roy, the decision to send the Central field inspection team without increasing the fund allotment under the mid-day meal scheme is prompted by narrow political motives. "First the Union government should send such inspection teams to the BJP- ruled states instead of just isolating West Bengal," Roy said.

The BJP state spokesman in West Bengal Samik Bhattacharya has claimed that Trinamool Congress leaders are trying to defend the indefensible. "Agreed that the fund allocation needs enhancement for providing nutritious food to the students under the scheme. But how can ruling party leaders justify the recent developments of recovery of lizards, cockroaches from the meals," Bhattacharya questioned.

Mid-day meal is the second Centrally sponsored scheme after the Prime Minister Awas Yojana (PMAY) whose implementation in West Bengal has come under the scanner of the Union government.