HomeEducationViral video: Candidates being asked to remove ‘mangalsutras’ before exam in Telangana

Viral video: Candidates being asked to remove ‘mangalsutras’ before exam in Telangana

The aspirants were appearing for the Group-1 preliminary examination conducted by the Telangana State Public Service Commission (TSPSC) on October 16.

Hyderabad: In Telangana’s Adilabad, allegations have come to the fore that candidates appearing for exams who were wearing chains, bangles, anklets, and toe rings were told to remove their belongings before entering the examination center.

Some of the candidates, as claimed by various reports, were also told to remove the mangalsutras by the security personnel deployed outside the examination center at Vidyarthi Junior and Degree College in Adilabad. 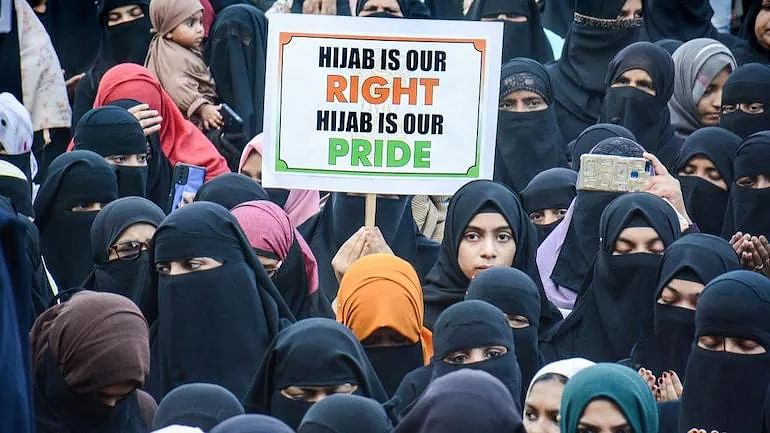 The aspirants were appearing for the Group-1 preliminary examination conducted by the Telangana State Public Service Commission (TSPSC) on October 16.

As per videos, shared on social media, candidates are seen being frisked before entering the examination center and told to remove their jewelry to gain access to the center.

Earlier, as BJP members claimed candidates wearing burqa were let go without any check, TRS leader Krishan K said that everyone was equally checked as official orders were being followed by the security personnel.

He also criticized the BJP for disturbing communal peace by doing what he called 'propaganda politics'.

The politician also shared a video on Twitter showing security personnel checking a girl, wearing a burqa and being frisked in the same way other students were checked.