The 'Kanwar Yatra' is an annual pilgrimage of Lord Shiva's devotees that started Thursday.

Haridwar: District Magistrate of Uttarakhand's Haridwar on Sunday announced a six-day holiday in all the schools and Anganwadi centres of the district, in the increasing number of devotees for Kanwar Yatra and the possibility of the closure of the roads for the movement.

The 'Kanwar Yatra' is an annual pilgrimage of Lord Shiva's devotees that started Thursday. The Kanwariyas (pilgrims) visit places like Haridwar, Gaumukh and Gangotri in Uttarakhand and Sultanganj in Bihar to fetch the holy water of River Ganga. They then worship Lord Shiva with the same water. As per the DM Vinay Shankar's orders, all the schools, government, non-government closed, private schools, Sanskrit schools, madrasas, and Anganwadi centres of the district will remain closed from July 20 to July 26.
The pilgrimage is taking place this year after a restriction of two years, due to the Coronavirus pandemic.

The DM has also asked the police to get the Kanwariyas registered.
Earlier on Wednesday, the Uttarakhand administration had announced that pilgrims with swords, tridents and other such harmful objects will not be allowed during the Kanwar Yatra, and had declared to seize these objects at the border itself.

Meanwhile, Chief Minister Pushkar Singh Dhami had said that the state government expect a footfall of more than 5 crore pilgrims during the holy month of Shravan, and assured that all arrangements for a safe Kanwar Yatra were made by the state administration.

'Sawan' (Shravan), which is considered to be the most auspicious month of the year, started on July 14 (Thursday). The month holds great significance for devotees of Lord Shiva, who is considered the Supreme Lord, the creator, protector, and destroyer of the universe, according to Hindu religious beliefs.

During the month of Shravan, the devotees observe fasts on Mondays which are considered to be particularly auspicious days of the month. Lord Shiva is worshipped on Mondays throughout the year and the Mondays of this month are especially significant with the whole month being dedicated to the lord. The festival is celebrated predominantly in north India.

Read Also
As schools shut across India due to rains, teachers appeal for short break amid 'heat wave' in... 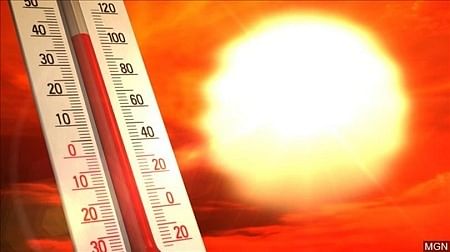