Puducherry government to start school for classes 1 to 7 from December 6.
FPJ Web Desk 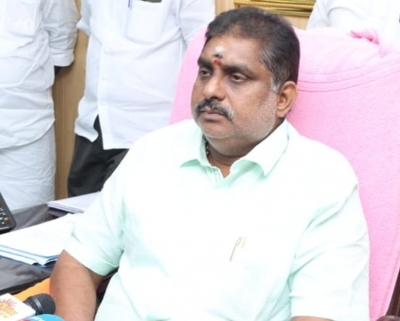 Puducherry: The Puducherry Minister of education, A. Namassivayam announced through a statement on Friday that Puducherry government will reopen classes for students from one to seven from December 6.

The classes, according to the statement, will be held on a rotational basis for half-day and is not compulsory for students to attend. Online classes will also continue and students can opt for either mode of education.

Students of Classes IX to XII who are attending on a half-day basis will have to attend full-day classes from December 6, the statement from the office of the Education minister said. Classes for students of IX to XII reopened from September 1.

The government of the Union Territory of Puducherry had earlier announced the opening of schools for students of classes I to VIII from November 8 but was postponed due to heavy rains that lashed the union territory in which several people and cattle lost their lives forcing the government to close down schools and colleges.

Puducherry Education Minister and senior leader of the BJP, A. Namassivayam told IANS, "There are no compulsions for the students to attend offline classes and as we have announced they are free to attend online classes. Students of Class I to VIII will henceforth attend classes from December 6 onwards on a half-day rotational basis. Students of classes IX to XII will now have to attend full-day classes from December 6 as they were attending half-day classes after reopening on September 1."