Gopalganj: A woman in Bihar's Gopalganj has taken an initiative to make the people in the rural areas aware about the benefits of Yoga.

Away from the public glare, Geeta Kumari gives tips and lessons to all, the women and children in particular, to stay healthy through Yoga.

Geeta, a resident of Gopalganj's Hajiyapur area, is pursuing her PhD studies with limited resources, and is also quietly engaged in her campaign for the betterment of the society.

A research scholar at Jai Prakash University, Geeta is creating awareness about education along with yoga among the marginalised children. She provides free yoga training to women and children to give a new direction to society. Talking to IANS, Geeta says that nothing is better than yoga to keep oneself healthy. Yoga has nothing to do with religion, she asserts.

She is today recognised in Gopalganj because of yoga.

She says that yoga is a means of connecting the soul with the divine, which is natural. Yoga is for health benefits, people who associate yoga with religion, in fact they do not understand the importance of yoga. Geeta, who has been interested in yoga since childhood, says that if a person has any quality, then it should be distributed among the people in the society.

Every evening, Geeta teaches yoga to hundreds of women in and around her locality. Her father is a businessman in Kolkata. But Geets stays in her maternal home where she is also running free coaching classes for poor children.

Geeta, who had received yoga education from the Bihar University, used to teach yoga by watching Baba Ramdev on TV since 2009. She also got an opportunity to get yoga training from Patanjali Sansthan in Haridwar. After this training, she took the initiative to take yoga from village to village in her home district of Gopalganj.

Geeta tells IANS that initially a small number of people used to come for yoga, but now apart from children and women, the attraction towards yoga has increased among men as well.

She says that in villages, especially in Dalit settlements, children do not go to schools. The children used to roam here and there throughout the day. Seeing this, I decided to open coaching for such children. She says that she teaches children only three hours a day, however awareness about education is producing the effect. Geeta is also making the women of the village literate.

When asked about her future plans, Geeta says that her desire is to take yoga from village to village, so that not only people can stay healthy but also the Indian culture of happiness, peace and cooperation can be strengthened through yoga. 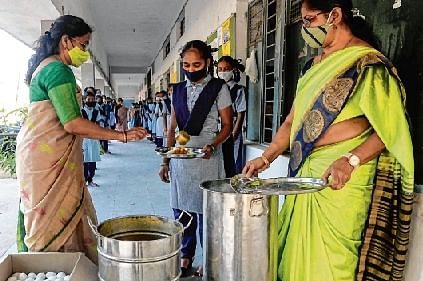