John was appointed as the new VC in December last year, after a three-member search committee recommended his name.

Kochi: The Kerala High Court on Monday cancelled the appointment of A.K. Riji John as Vice-Chancellor of the Kerala University of Fisheries and Ocean Studies (KUFOS) for want of qualifications as prescribed by the University Grants Commission.

John was appointed as the new VC in December last year, after a three-member search committee recommended his name.

Soon after, another aspirant for the post K.K.Vijayan approached the High Court challenging his appointment stating that all mandatory norms were overlooked.

Last month, the Supreme Court set aside the appointment of the Vice Chancellor of A.P.J. Abdul Kalam Technological University, located in the state capital city. 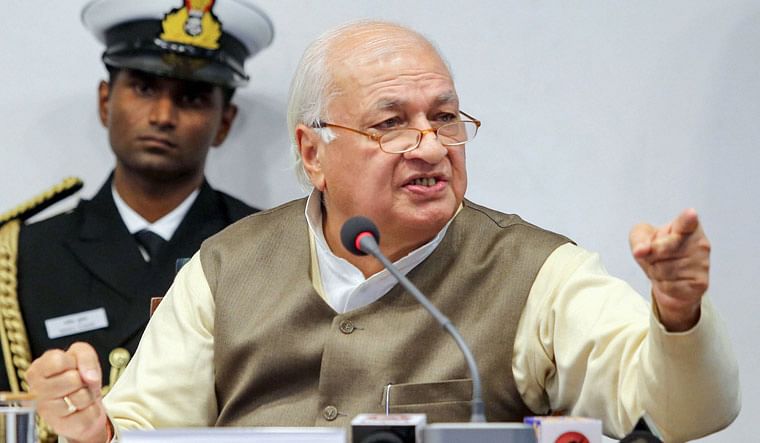 A bench of Justices M.R. Shah and C.T. Ravikumar had found that the search committee formed to pick up the VC was not properly constituted and that only a single name was sent to the Governor as against a list of names required as per the UGC regulations.

Latching on to it, Khan asked the Vice-Chancellors of ten various Universities, including John, to reply why action should not be taken against them.

After the 10 VCs approached the High Court, it asked Khan not to take any action till the petition filed by Vice Chancellors against the show cause notice gets disposed of. The case has now been posted for November 17.

But, now with the division bench disposing of a petition filed by Chief Minister Pinarayi Vijayan, John will now have to step down.

With Monday's decision, Khan is in all smiles as he has always been critical of the way things are happening under Vijayan.

Vijayan, in his petition, had stated that the search committee had no academic expert and after screening 17 aspirants shortlisted nine. John was ninth in the list. When it submitted its recommendation to Khan, only John's name was there.

Basing its judgement on the last month's apex court directive, the division bench knocked out John and asked for the formation of a new search committee and a fresh advertisement inviting qualified candidates.