"The Chief Minister has nothing to do with Universities. While the school education in the state is fine, the higher education sector has gone to the dogs as even appointments are being made against the rules," said Khan while speaking to the media in Delhi.
FPJ Web Desk 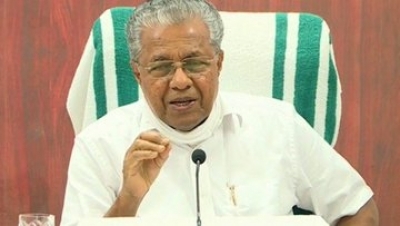 Thiruvananthapuram: The governor of Kerala, Arif Mohammed Khan slammed the manner in which Pinarayi Vijayan-led Left government was running the higher education sector, on Saturday.

"The Chief Minister has nothing to do with Universities. While the school education in the state is fine, the higher education sector has gone to the dogs as even appointments are being made against the rules," said Khan while speaking to the media in Delhi.

"Since the chancellor's post is not Constitutional, I wrote to Vijayan to pass an Ordinance wherein the Chief Minister can take over as the chancellor," said Khan.

On Friday night, it was learnt that Khan wrote to Vijayan that if things in the state's higher education sector continues in this manner, he will step down from the post of Chancellor of the state varsities.

The Governor in his letter has cited the statements of eminent personalities like Bharat Ratna awardee C.N.R.Rao and historian K.N.Panikkar on why Kerala is lagging behind in the education sector.

Khan on Saturday said he was deeply pained, especially when the retiring Vice Chancellor of the Kannur University Gopinath Raveendran was given a four-year extension, last month.

"After signing the order I felt it was not right and then wrote to the Chief Minister asking him to pass an Ordinance so that he can take over as the Chancellor," said Khan.

Leader of Opposition V.D.Satheesan said finally even the Governor himself has become aware of the manner in which things are happening in Kerala.

"All the fundamental rules are being violated and the higher education sector is run by Vijayan as a feeder organisation of the CPI-M. We demand a judicial probe into all the recent appointments made in the education sector and all those including the Vice-chancellor at Kannur should quit their posts," said Satheesan.

The Congress and the BJP have been at loggerheads after a Vice Chancellor in the state was given an extension after attaining superannuation. It came at a time when a controversy broke out that rules were bent to appoint the wife of Vijayan's Secretary to a teaching post at Kannur University.

On Friday, as a follow up to his letter, emissaries tried their best to pacify Khan, when Chief Secretary V.P.Joy called on Khan and later State Finance Minister K.N.Balagopal also called on him, but Khan stood his ground. Reportedly, Vijayan, who is presiding over his party meetings at his home town in Kannur, is likely to speak to Khan later in the day.