JoSAA Counselling 2021: Seat allocation of round 2 on Nov 1 at josaa.nic.in; click here for full schedule The Joint Seat Allocation Authority (JoSAA) will announce seat allocation for round 2 on November 1. The first round allocation was announced on October 27. 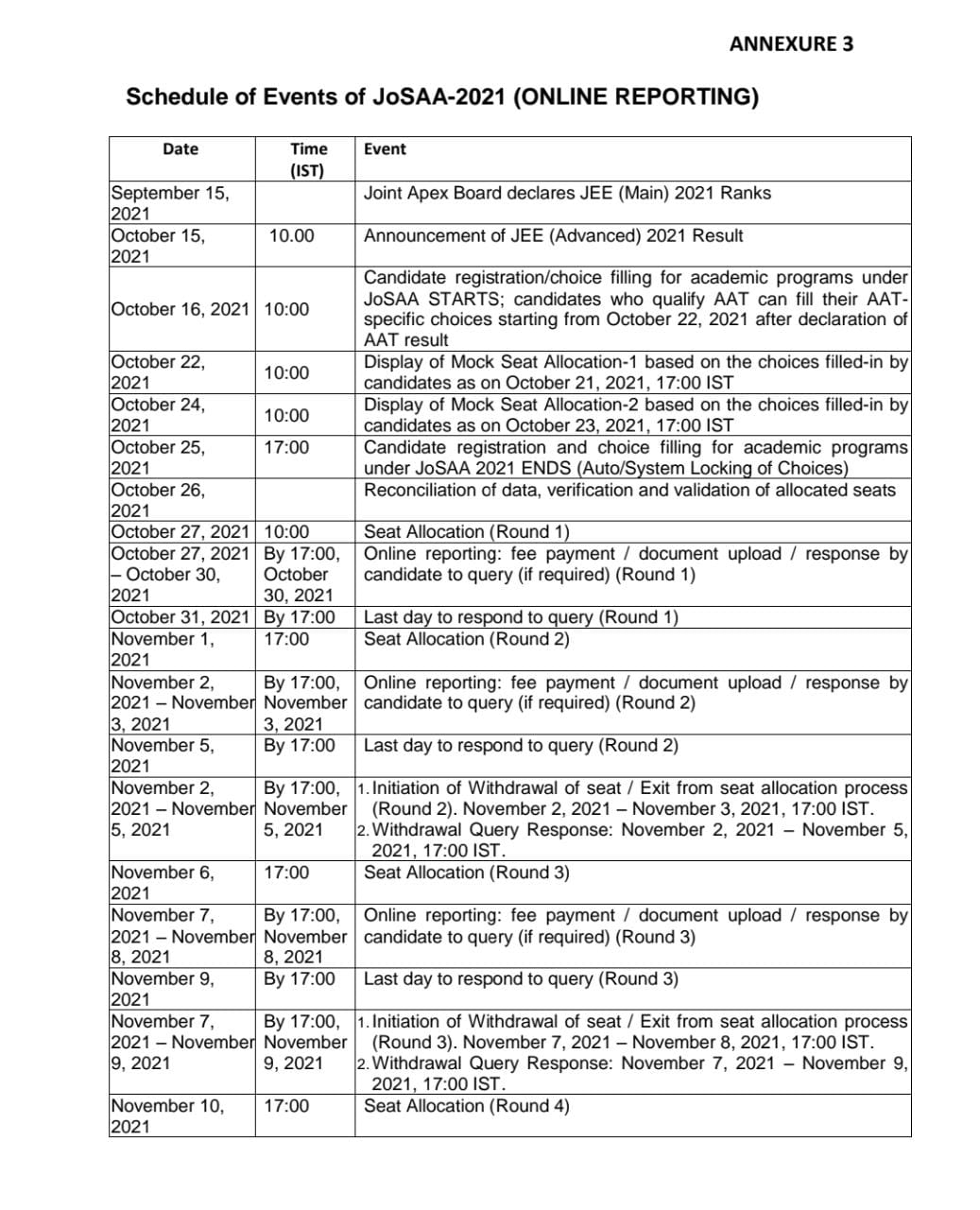 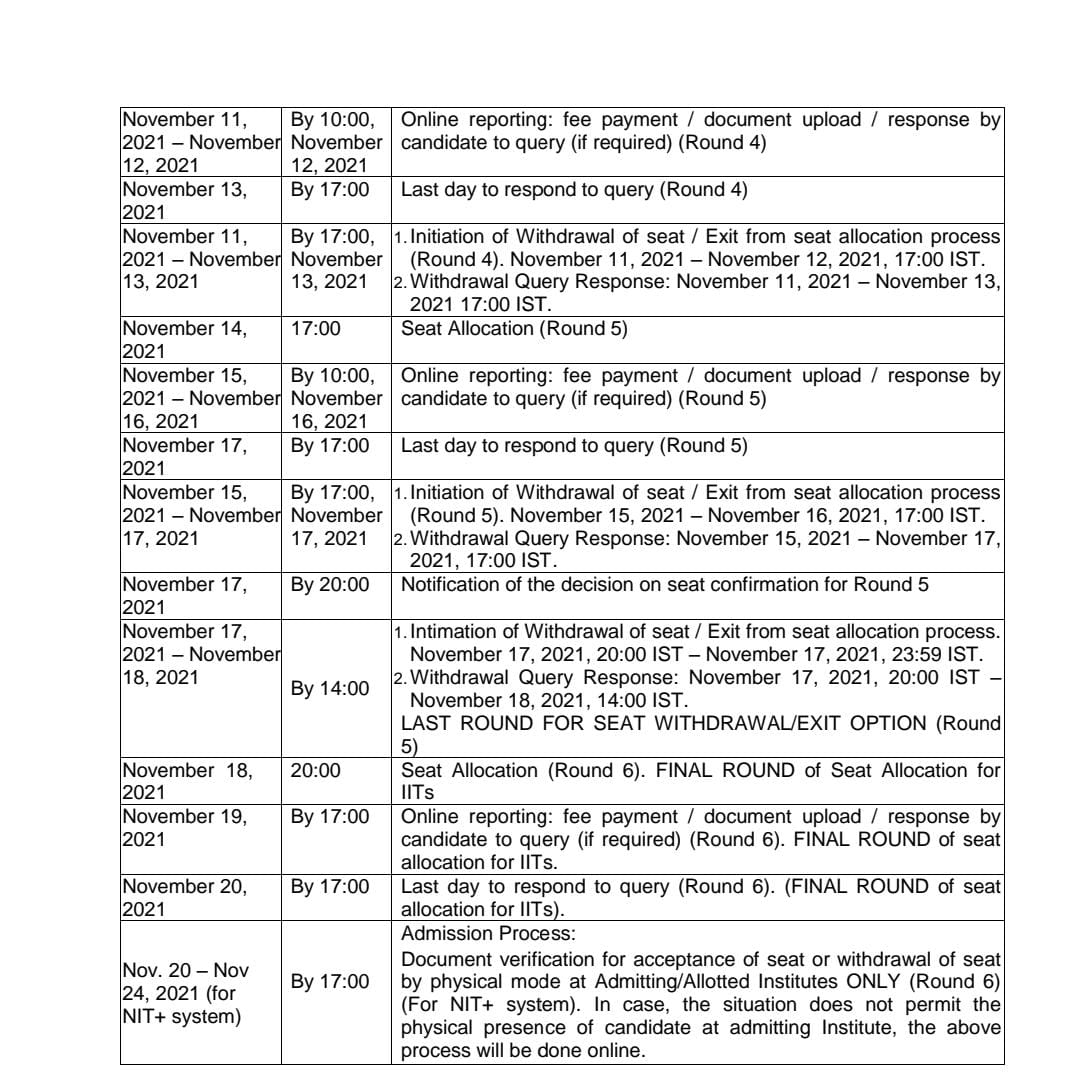