New Delhi: The Internal Complaints Committee (ICC) of the Jawaharlal Nehru University (JNU) has taken serious cognizance of the matter in which a third-year female student was allegedly molested by her fellow mate inside the campus. The inquiry of the case has been started after the complaint was lodged and received on May 27.

A case regarding sexual harassment has also been lodged at the Vasant Kunj North police station and an investigation has been initiated.

The girl approached the JNU administration with the same complaint. The incident came to light recently when a Masters's student from the Centre for Political Studies (CPS) and an active member of JNU's students' association was accused of sexually harassing a female student on the Chandrabagha Hostel rooftop."Not only did he attempt to forcefully touch her but also threatened her if she spoke out in public," the Akhil Bharatiya Vidyarthi Parishad (ABVP) said in a statement.

The JNU administration said that the ICC is committed to ensuring a free, fast, and fair trial of the case and providing justice to the complainant. Stringent action will be taken against those found guilty. Professor Punam Kumari, Presiding Officer of the ICC of JNU, said that the Internal Complaints Committee observes a zero tolerance policy towards any kind of sexual harassment on the campus and endeavors to prevent, prohibit, and redressal of the sexual harassment cases on campus.

Meanwhile, the ABVP members also staged a protest on the JNU campus against the sexual assault of the girl inside the university. "The incidents of sexual assaults are on the rise on the Jawaharlal Nehru University campus," the ABVP claimed. 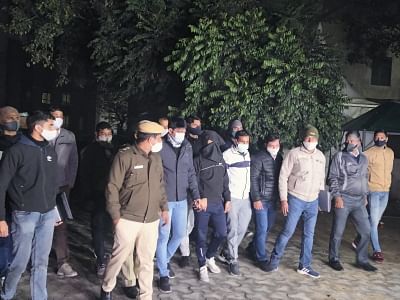