HomeEducationInternational Men's day: Five men who contributed to growth of education in India

International Men's day: Five men who contributed to growth of education in India

Education is one such sector that has seen the contribution of many men who made a difference in how learning is perceived and encouraged in India.

Former Indian President and Scientist Dr. APJ Abdul Kalam is a prominent figure in the landscape of Indian education |
Follow us on

International Men's Day is celebrated every year on November 19 and is considered a day to honour the achievements and contributions made by men in different fields of life. Though International Men's day is not recognised by the United Nations, it is universally known to be a day for males.

Education is one such sector that has seen the contribution of many men who made a difference in how learning is perceived and encouraged in India.

Here are five men and their contributions to the field of education, which will be remembered for generations to come:

Aryabhatta: Also known as the father of Mathematics, Aryabhatta's legacy doesn't just stop at his discovery of zero and its value, his contributions vary from Maths to Astronomy.

Aryabhata became the first individual to give sine and versine (1 cos x) tables in 3.75° intervals from 0° to 90°, while also contributing to the theory that Earth rotates only its axis. Aryabhatta also discovered the approximation of pi -  62832/20000 = 3.1416 which helped in solving many complicated maths solutions. Aryabhata cemented himself as one of India's greatest teachers and mathematicians with his discoveries.

Mahatma Phule: Jyotirao Phule, also known as Mahatma Phule, was one of India's most prominent social activists and anti-caste thinkers who also contributed to the development of girls' education in India.

While known for forming the Satyashodhak Samaj to attain equal rights for lower-caste individuals, Phule also started the first school for girls in 1848 in Pune.

Phule, who was impacted by a sense of social justice, made the decision to educate women and also taught his wife Savitribai Phule at his farm. Phule also sent Savitribai to a school and later opened two more schools for girls and lower castes, especially for Mahar and Mang castes.

From being a professor of Philosophy at the University of Mysore to being the Vice Chancellor of Andhra University, Radhakrishnan has had a notable academic career and was a favourite among students and teachers alike so much so that his birthdate is celebrated all across India as one of the most important days for respect and love between a teacher and a student.

Teachers' Day, which is celebrated on September 5, is remembered across the country due to Radhakrishnan wanting the date to not be celebrated as his birthday but rather as something that appreciates the role of teachers in one's life.

'Instead of celebrating my birthday, it would be my proud privilege if September 5th is observed as Teachers' Day,' Radhakrishnan has been quoted as saying to students who wanted to celebrate his birthday.

Radhakrishnan, who was named Spalding Professor of Eastern Religions and Ethics at the University of Oxford, was also nominated for Nobel Prize in Literature thus having recognition on the world stage.

Dr. APJ Abdul Kalam: India's 11th President and a renowned scientist, Dr. Kalam was a statesmanlike no other. Popular as 'People's President', Kalam has gained respect from people from all walks of life due to the knowledge and charisma he possessed.

Kalam's contributions to education are also noteworthy as he listed various aims of education that are important to be fulfilled. Kalam believed that a student should also work on his personal skills apart from having a degree to carve a bright career. Kalam advocated for a balanced education among all individuals.

Anand Kumar: Known for his Super 30 programme, Anand Kumar has coached hundreds of underprivileged children for major engineering entrance exams such as JEE-Mains and JEE Advanced for admission of students in India's premier technology institutions, IITs. Kumar's, whose work has led to many students getting into IITs and having successful careers, has given talks at MIT and Havard.

Kumar was also portrayed by Hrithik Roshan in the Bollywood movie, Super 30. 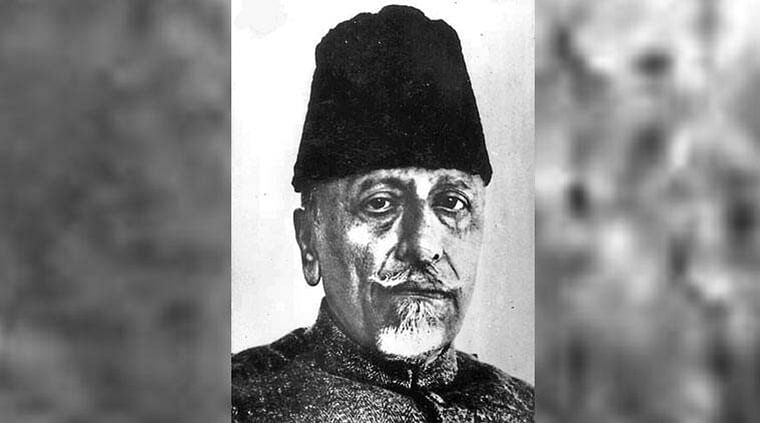