FPJ-Ed: UP government to cap the life of all school buses at 15 years

Capping the life of school buses is being done to provide a level playing field to transporters, other than school management, who operate these buses.
FPJ Web Desk 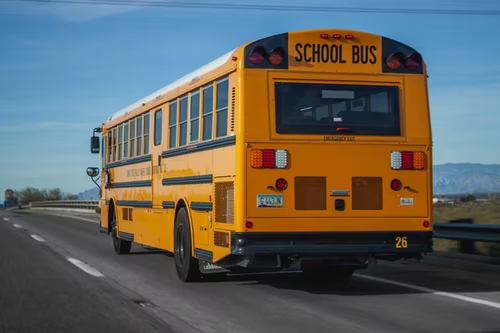 Lucknow: The Uttar pradesh Government is considering a proposal to cap the life of all the school buses in the state at 15 years.

This is being done to provide a level playing field to transporters, other than school management, who operate these buses.

The present rules cap life of buses, owned and operated by schools (educational institutions), at 15 years and those that are owned by individuals/private operators and used to transport school children on a contract permit, at 10 years.

According to a senior transport official: "The idea behind keeping lower age limit for school buses owned by those other than school managements was that such buses become unfit sooner because they ply more than school-owned buses that operate only for the limited purpose of ferrying children."

The Yogi Aditynath government, according to official sources, is all set to make an amendment in this regard, besides making some other amendments to the School Bus Rules, 2019 very soon for greater safety of school children who travel by buses.

"The proposed amendments will be put before the Cabinet within a week or two," sources said.

One of the amendment proposals seeks to fix the age limit for all school buses at 15 years after which they would not be deemed fit to ply on the road.

"However, transporters had been demanding an increase in the school bus age limit for long," he added.

The second amendment proposal is for increasing the number of fire extinguisher cylinders to two from one in school buses.

Under the existing rules, each school bus is supposed to have one 5 kg cylinder installed inside it. "There is a proposal for installing two such cylinders of 2 kg each at two different places in every school bus for greater safety," the official said.

The government will also adopt Automotive Industry Standards (AIS) for windows and gates of school buses through yet another amendment and insert a fresh provision, allowing school buses to carry children one and a half time their seating capacity.

"As per a Supreme Court ruling, a school bus can ferry children up to one and a half times its seating capacity, considering the fact that many children travelling in a school bus may be less than 12 years and now we are putting this provision in school bus rules also for clarity," the official said.

He said school buses rules were framed and notified in 2019 and some amendments were being made after a lot of discussion with stakeholders.