The Jawaharlal Nehru University Students' Union held a meeting on Wednesday to commemorate two years since violence broke out on campus.
PTI 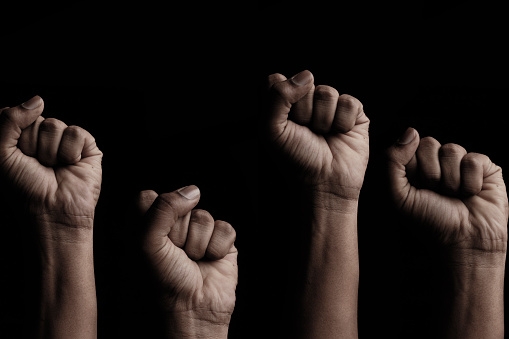 The Jawaharlal Nehru University Students' Union held a meeting on Wednesday to commemorate two years since violence broke out on campus.

The students' body accused the ABVP of being involved in the violence.

On January 5, 2020, a mob of masked men stormed the campus and targeted students in three hostels, unleashing mayhem with sticks, stones, and iron rods, hitting inmates, and breaking windows, furniture, and personal belongings.

At least 28 people, including JNU Students' Union president Aishe Ghosh, were injured as chaos reigned on the campus for nearly two hours.

There was a clamor for the removal of JNU Vice-Chancellor M Jagadesh Kumar after the incident, but the police came under fire for failing to intervene when the mob ran riot on campus, and for naming several student union leaders in the two hate-crime FIRs.

"Today marks the second year of the horrific attack on JNU students and faculty with no action whatsoever having been taken against the miscreants by either the university administration or the Delhi Police," the JNUSU said.

It said the world can never forget videos of the attack on student hostels, teachers, and their houses and footage of people brandishing rods being escorted out of the JNU main gate by the Delhi Police.

"What will also not be forgotten so easily is the entire facade of inquiry that allowed the Vice-Chancellor to obfuscate his share of institutional complicity in the violence that wrecked the campus on January 5, 2020," the JNUSU said.