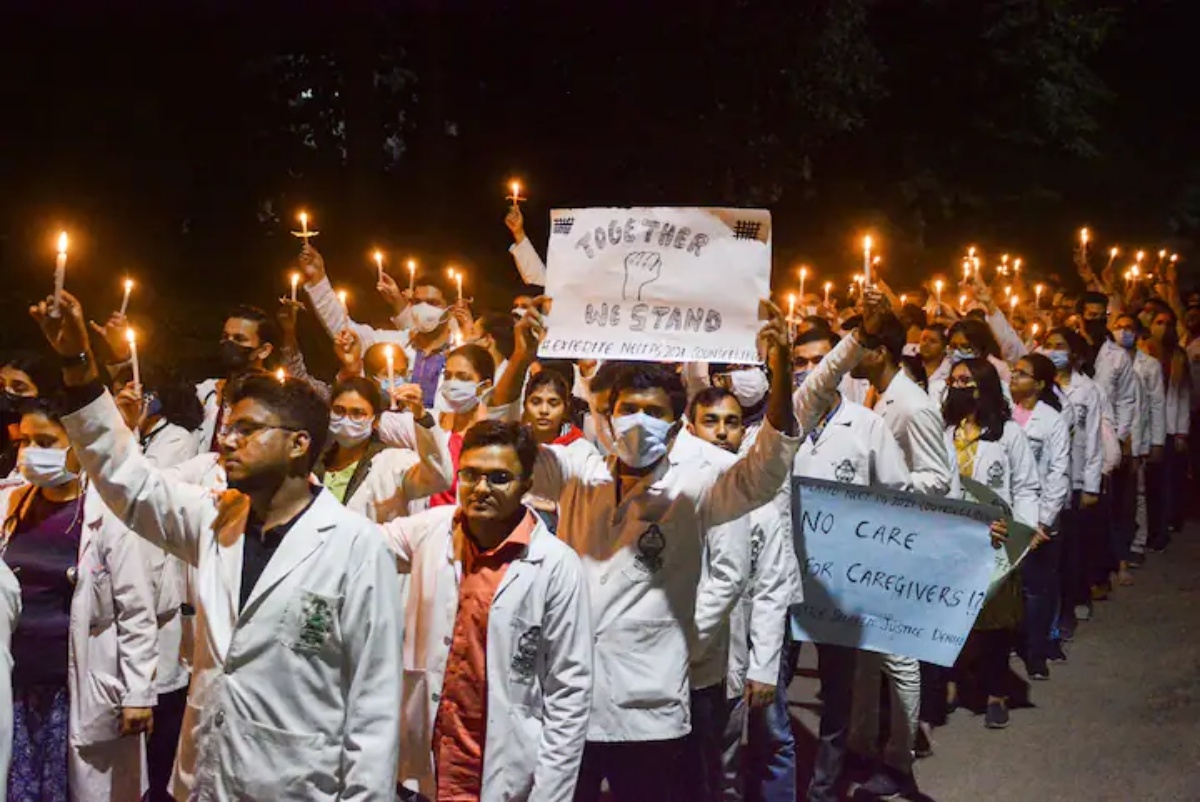 New Delhi: Delhi Chief Minister Arvind Kejriwal on Tuesday wrote to Prime Minister Narendra Modi asking who would cure Covid-19 patients if doctors are forced to demonstrate on the streets after the police crackdown on protesting doctors in Delhi.

In a letter addressed to the Prime Minister, Kejriwal wrote: "These are the very same doctors who safeguarded the nation against Covid-19 for the past one-and-a-half years. It is sad that these very doctors are now forced to take to the streets as their voices are not being heard. It will affect our fight against the pandemic also. Therefore, I urge you to get NEET-PG counselling at the earliest."

An FIR has been filed against the resident doctors protesting for the past 11 days to expedite the counselling of NEET-PG 2021 qualifiers.

A protest march was held by the resident doctors on Monday towards the Supreme Court, however, they were stopped mid way by the Delhi police. As the doctors were not allowed to continue their march, they surrendered their apron on the road to register the protest. The doctors alleged they were thrashed and dragged during their march to the top court.

The police said that seven of their personnel were injured during the chaos. It also said that two buses were damaged at that time.

Later in the day on Monday, the resident doctors called for a total shutdown of medical services in Delhi hospitals after the police action against them.