As many as 120 students and staff at the Indian Institute of Technology Hyderabad tested positive for Covid-19 during the last week.
IANS 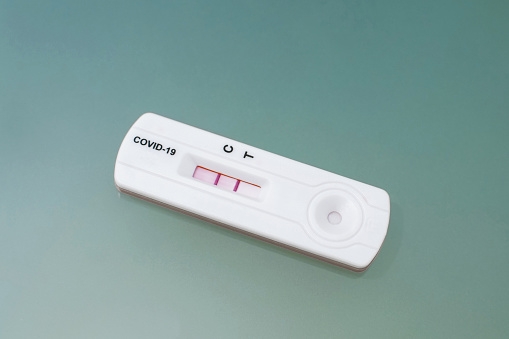 As many as 120 students and staff at the Indian Institute of Technology Hyderabad tested positive for Covid-19 during the last week.

IITH officials told that the online classes, which were being conducted since last week, have been suspended until further notice. Some students who returned to the campus located in Kandi, Sangareddy district, earlier this month after the semester-end break, have reportedly shown symptoms of Covid-19. A total of 120 cases were detected over the last week.

As many as 107 students tested positive, while the remaining were faculty or other staff members. Those who tested positive have been kept in isolation.

Over the last few days, 130 Covid cases have been reported to the office of the Director-General of Police (DGP). Over 40 cases were also detected in the Hyderabad police commissioner's office.

Hospitals are also getting affected by the spike in Covid cases in Telangana. Five doctors and 15 other employees at a government hospital in Ramakrishnapur in the Mancherial district have tested positive.

Eleven people who returned to the Kamareddy district from Sabarimala were also found infected. Telangana on Wednesday reported 2,319 cases, the highest single-day tally in seven months. With this, the cumulative cases in the state crossed seven lakh.

According to health officials, 70 percent of the new cases being reported in the state were likely to be of the Omicron variant. Health officials have warned that the state may see a bigger surge later this month and have appealed to people to strictly adhere to Covid-19 precautions.

With new cases outnumbering the recoveries, the active cases rose to 18,339. The recovery rate, which was 99 percent a few weeks ago, has now dropped to 96.80 percent. As many as 64 percent of the new cases were reported from Greater Hyderabad. A total of 1,275 cases were reported in Greater Hyderabad, followed by 234 in Medchal Malkajgiri and 173 in the Rangareddy district.