FPJ-Ed: Better guidelines for evaluating candidates are demanded by JNUTA New Delhi: The Teachers' Association of Jawaharlal Nehru University demanded that a consultation be held across the varsity to evolve guidelines for conducting viva voce and evaluating candidates in a fair manner.

The demand comes in the backdrop of allegations from students and faculty that there were irregularities in the university's Ph.D. admissions process, particularly discrimination against students from marginalised section.

"All data, in the past, pertaining to the final selection, including the marks obtained by candidates in written and viva voce examinations were posted on a notice board by the administration. However, this practice was stopped a few years back and candidates are now only provided information about their own marks," the JNUTA said.

The teachers' union urged that, as in the past, the university administration make all information about the grades received by various candidates public.

"JNUTA also demands that a university wide consultation be initiated so as to evolve guidelines for conducting viva voce and evaluating performance of applicants in a fair manner. At the moment, there are no clear guidelines in the university about how interview boards should be constituted and candidates be evaluated," it said in a statement.

There have been allegations that in some centres, chairpersons have unilaterally taken decisions about the process to be followed, indicative of prima facie evidence of unfairness in the selection process, it said.

However, the university administration denied the allegations. JNUTA said it stands with the demands that have been made for transparency in the admission process.

The endeavour to institutionalise a free and fair process of access represents a challenge which must be given utmost priority and satisfactorily addressed without any delay, it said.

JNUTA also urged the university administration to reinstate the system of deprivation points that existed for applicants at the PhD level, and review the impact that the changes in admission policy, including outsourcing of the conduct of Jawaharlal Nehru University Entrance Exam (JNUEE) to National Testing Agency, has had on the overall student profile of the university.

"This is necessary in the context of repeated allegations that students from deprived backgrounds face increased exclusion in the new system, and strengthen affirmative action so as to minimise inequity in institutional access to higher education," it added. 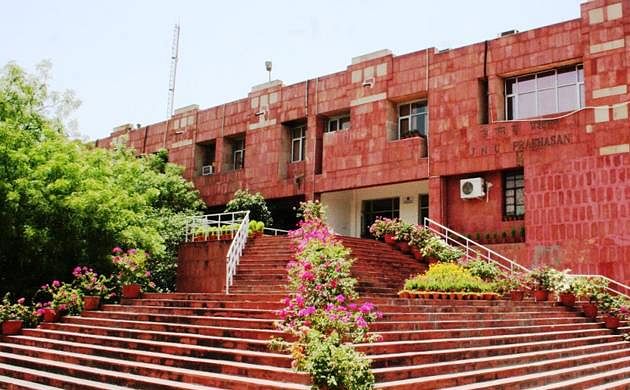