Faced with a shortage of IAS officers, the Mizoram government has decided to sponsor the coaching of 40 UPSC aspirants from the state for the civil services examination, they said.

Aizawl: Over 500 candidates attended the entrance test on Friday for the 'Super IAS 40' programme, through which the Mizoram government aims to sponsor the coaching of 40 UPSC civil services aspirants, officials said. Faced with a severe shortage of IAS officers, the Mizoram government has decided to sponsor the coaching of 40 UPSC aspirants from the North-Eastern state for the civil services examination, they said.

Faced with a shortage of IAS officers, the Mizoram government has decided to sponsor the coaching of 40 UPSC aspirants from the state for the civil services examination, they said.

Those who pass the entrance test will receive coaching at reputed institutes in Delhi, the cost of which will be borne by the state government, they added.

The Mizoram Youth Commission (MYC) is overseeing and implementing the programme. MYC chairman and MLA Vanlaltanpuia told a press conference on Thursday that a total of 575 candidates have registered for appearing in the entrance test.

The exams’ results, which were held at five centres across the state and in Delhi, will be declared on June 27, and personal interviews will be held on June 28 and June 29. Based on that, the final list will be announced on July 1.

The candidates who score at least 50 per cent in the written test will be shortlisted for the personal interview, Vanlaltanpuia said.

Candidates, who get into the programme, will not be allowed to appear in other competitive exams conducted by the Centre or the state government until they appear for at least two UPSC prelims, he said.

The MYC would closely monitor their progress and the government would stop their sponsorship or may ask for a repayment if their conduct is not satisfactory, the chairman said.

Only meritorious students will be selected for a full sponsorship, and the government may not fill up all 40 seats if suitable candidates are not found, he said.

Under the programme, the government will provide 1-year full sponsorship to 40 aspirants who will get coaching at Vajiram & Ravi, Vision IAS and ALS IAS in Delhi.

The Mizoram government had launched the 'Super IAS 20' programme in 2020-2021 to provide sponsorship to students for a six-month crash course in Delhi. But none of the selected candidates cleared the civil service exams of 2021.

Despite holding the distinction of being the second-highest literate state in the country, after Kerala, Mizoram has failed to produce many IAS officers. Grace Lalrindiki Pachuau, the daughter of former state chief secretary Vanhela Pachuau, was the last person from the state to crack the exams. She joined the IAS in 2014.

Read Also
What is UPSC DAF 1 Form; all you need to know 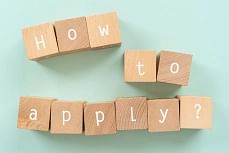