New Delhi: Around 42 years ago, he dropped out of Delhi University (DU). As part of the university's "centennial chance" effort, Rakesh Kumar Rawat, who is now 70, has been given another chance to realise his "long-cherished" dream of earning his Master of Laws (LLM). Mr. Rawat, a former DU student from the 1979 batch who is now settled in Lucknow, thinks that it is never too late to follow your aspirations and further your education.

He said that his frequent out-of-town postings while employed by the Central Bureau of Investigation prevented him from finishing his degree (CBI). He is now one of more than 8,200 former DU students who have signed up for a second chance to finish their degrees. In light of its year-long centennial festivities, which began on May 1, the institution has provided a one-time opportunity for past students to finish their degrees.

The opportunity will allow Mr. Rawat, who is also a lawyer, to gain more in-depth expertise in the area. "It is a great opportunity for those who are desirous of completing their course. A long-cherished desire will be completed. I want to thank the university for this opportunity," he said.

"During my time in the university, I worked hard but my hard work did not meet the conclusion. With this opportunity, I will be able to get a degree and delve into the study of law," Mr Rawat told the media.

After receiving his LLB from Lucknow, Mr. Rawat worked as an investigative officer with the CBI. He was sent to Delhi, where he enrolled in the Delhi University's LLM programme in 1979.

"It was a three-year course -- there were papers in five semesters and one was supposed to submit a dissertation in the last year. I completed four semesters and gave one paper in the fifth semester but due to my job, I had to go far away on assignments so had to drop out and I could not give two of my papers," he said.

Life went on for Mr Rawat who got engrossed in his work. However, there was a deep-seated yearning to complete the degree. "I was very keen to complete my degree. I tried different universities for transfer of credit system, but no help came. I came to know about the DU advertisement about the special initiative through one of my friends. I turned out to be eligible and have registered for it," he added.

Mr Rawat's family is supportive of his decision to pursue his degree. "I have a son and a daughter. At a time when they have completed their education and are settled, I have started mine again," he jokingly said.

He was quick to add: "My family is quite supportive of my decision. They are happy that I am trying". "Age is just a number, You should not think that I have retired so I don't have to do anything. It is never too later to pursue your dream. It is good to be student at some age and this is a new experience that when my children have finished their education, I am going back to study. The study must not stop," he added.

Yogesh Singh, vice chancellor of the University of Delhi, made the announcement in March that students who left DU would be granted a "centenary chance" to finish their degrees.  A proposal for this was approved at a special Executive Council meeting on January 28 held to discuss the centenary celebrations of the university.

For the yearly method of examination, the qualified candidates may sit for a maximum of four papers, and for the semester scheme, a maximum of eight exams. The exam will be administered physically between October of current year and March of the following year.

According to the university, it will be held for a theory and practical test rather than for internal assesment. The institution reminded the students that they needed to provide the necessary information and documentation when applying for the "centenary chance." 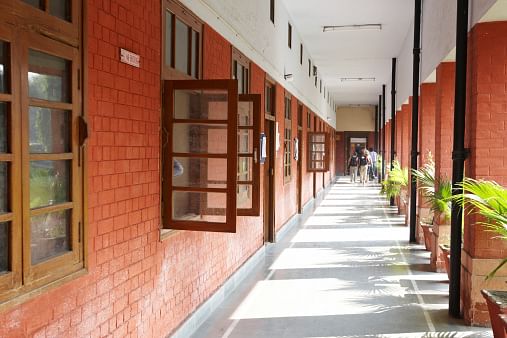