New Delhi: An official said on Wednesday that a 14-year-old girl was raped in the national capital, after which she became pregnant and was forced to have an illegal abortion by the accused.

Furnishing details, Deputy Commissioner of Police (outer district) Sameer Sharma said the victim girl, a Class 10 student, on April 22 alleged that in October, 2021 she went to a mobile repair shop where accused Dharamender secretly took her mobile number from her phone and started chasing her. Thereafter, he befriended the victim and repeatedly made physical relations with her at his friend Manish's rented room in Nangloi and due to which she got pregnant.

"The accused told her not to disclose this in-front of anyone. The accused further hatched a conspiracy with his parents and a quack and some lab technicians," the DCP said.

On April 1, the parents and the brother of the accused took the victim woman to Aditi Clinic in Narela, where a female 'doctor' (a Quack) made a phone call to the mother of the victim and persuaded her that she is her class teacher and is taking the victim for a school tour. Then the 'doctor' gave some abortion pills to the victim and on the next day she delivered a dead infant. The dead infant was buried by the alleged persons.

Thereafter, she returned home but after a few days her health deteriorated due to excessive bleeding and then she was admitted to the SGM Hospital Mangolpuri for medical treatment. It is at this time, her statement was recorded and a case under sections 376 (punishment for rape), 313, 315, 318, 328, 201 and 34 of the Indian Penal Code and section 6 and 21 of the POCSO Act was registered at Police Station Nangloi.

The police after this constituted a team which raided the house of the accused Dharamender and arrested him. During sustained interrogation, the accused disclosed how he conspired with his parents and one of his friends namely, Dilip Kumar Singh decided to kill the baby in womb. 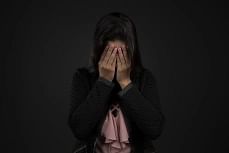 Eight-year-old girl raped by school teacher, manager in UP