Lucknow: On the campus of Babasaheb Bhimrao Ambedkar University (BBAU) in Lucknow, Uttar Pradesh, a Dalit student pursuing postgraduate studies in physics was allegedly assaulted by a gang of students.

This incident comes a day after the Lucknow University Dalit professor, Ravi Kant Chandan was allegedly assaulted by a student on the campus.

According to an FIR lodged at Aashiana police station, the victim alleged that the accused, led by a B.Tech student, had made casteist remarks against him and brutally thrashed him on May 15.

He claimed that the accused would have killed him if a security guard had not come to his rescue.

Police have registered a case of rioting while armed with weapons, thrashing and abusing, and under sections of the SC/ST (Prevention of Atrocities) Act.

The complainant Abhishek Kumar said he was a native of Sultanpur district and was pursuing his postgraduation from BBAU.

No arrests have yet been made. 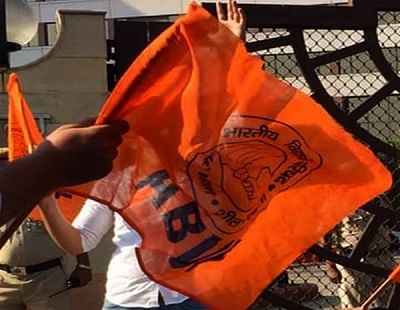