Civic schools in Mumbai welcome kids, some private schools to resume after Christmas 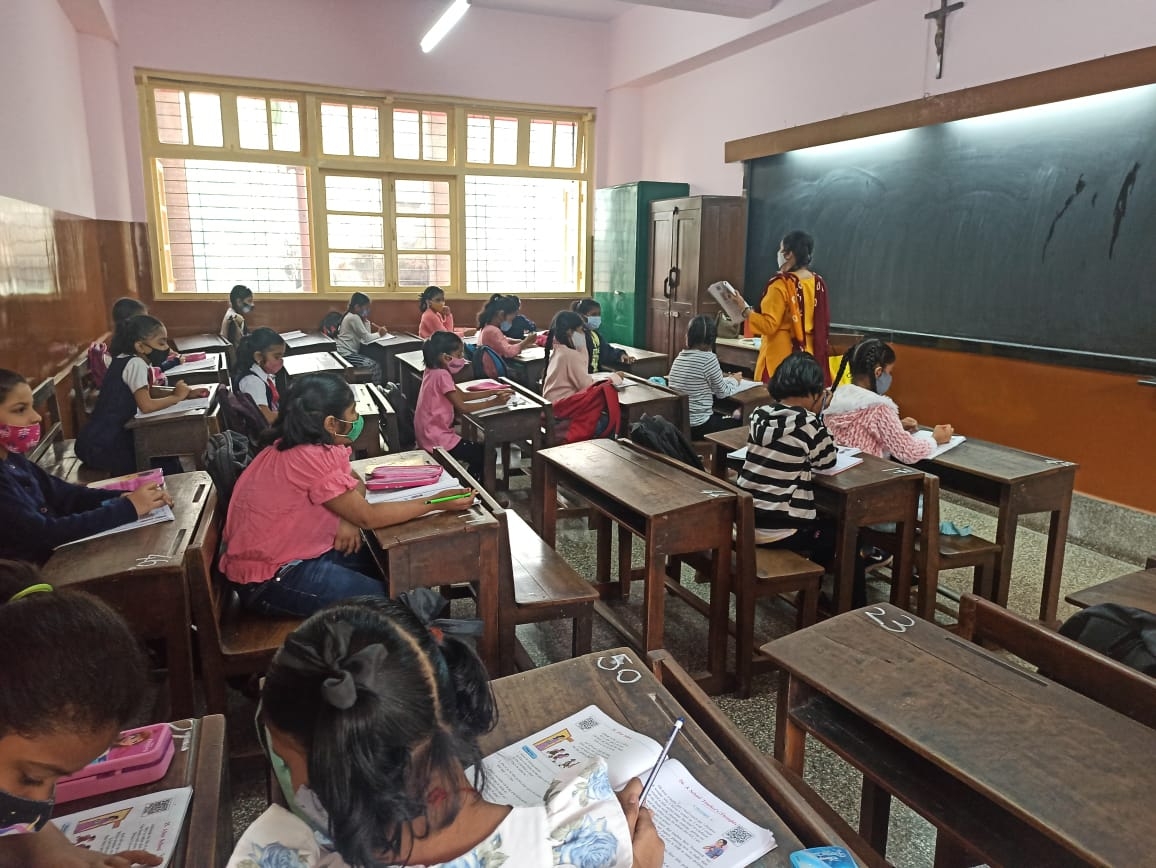 After being closed for nearly 20 months because to the COVID-19 outbreak, kids returned to civic schools in Mumbai on Wednesday with flowers, beautiful decor, and cartoon characters.

However, some private schools in the area have decided to resume after the Christmas holidays, despite authorities' tardy communication.

Many children wearing uniforms and carrying school bags were cheerful and excited in the morning as they returned to the campuses of various civic-run institutions after a long absence.

At several schools, students were pleasantly surprised when they were greeted by people dressed as popular cartoon characters.

After nearly two years, students in Class 1 are physically attending school, according to a Brihanmumbai Municipal Corporation (BMC) official.

Earlier, the schools for students of primary and middle sections were supposed to reopen in the first week of December (on December 1 in Pune and on December 4 in Mumbai), but the decision was postponed due to the emergence of the Omicron variant of coronavirus.

In Pune, the civic body has decided to reopen schools on Thursday.

In Mumbai, various civic schools on Wednesday put up decorations to welcome the students back for physical classes, which were shut since March 2020 following the outbreak of the COVID-19 pandemic.

The educational institutions geared up for the reopening by completing sanitation of the premises and vaccinating the teaching and non-teaching staff against the viral infection.

However, Sanjay Davre, chairman of the MahaMumbai Mukhyadhyapak Sanghatna, an organization of school principals, said some schools have decided to wait and watch for the next few days, fearing the state education department may change its decision again.

"There were some restrictions on gatherings in public places due to which schools are also cautiously looking at the developments. Also, some parents are uncomfortable in sending their children to schools because of concerns over the Omicron variant of coronavirus," he said.

Some private schools also decided to reopen physical classes after the Christmas vacation.

"Schools generally allow long vacation for Christmas. As the state decided to open schools for classes 1 to 7 from December 15 and there was a fear of it being changed at the last minutes, some school managements decided to wait till the Christmas holidays are over and reopen physical classes later," a senior state education officials said.