The maximum number of illegal recruitments was made for English at 57, followed by geography, life science, Bengali, Mathematics, and Physical Science.

TET protests in Kolkata, teacher aspirants clash with police officers over allegations of corruption in TET requirement. [Representative Photo.] | Twitter/@MayukhDuke
Follow us on

Kolkata: Maximum number of illegal recruitments of teachers in the state-run schools were made for English, as per the records of West Bengal School Service Commission (WBSSC).

Following the instruction of Justice Abhijit Gangopadhyay of Calcutta High Court on Thursday afternoon, the WBSSC has published on its website the names of the 183 candidates deemed by the commission to have illegally procured teachers' jobs.

According to the list, the maximum number of illegal recruitments was made for the subject of English at 57, followed by geography -- 30, life science -- 22, Bengali -- 21, Mathematics and Physical Science -- 18 each and finally history -- 17. They all got appointments in 2016. 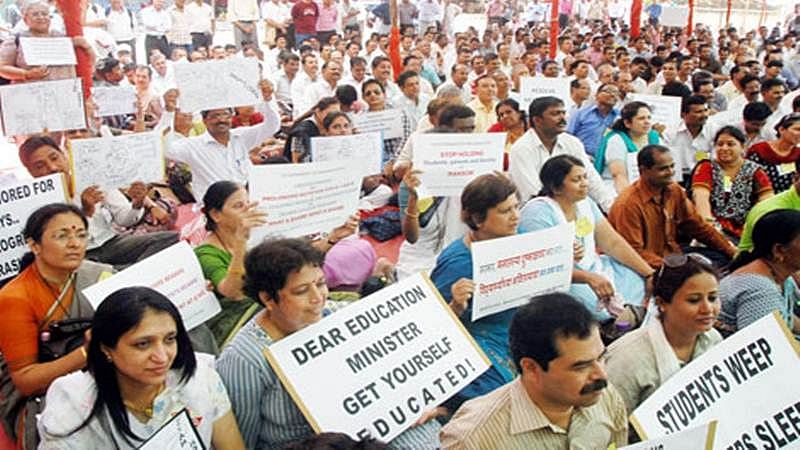 Besides asking the WBSSC to publish these names on the website of the commission, Justice Gangopadhyay has also sought explanation on steps taken for termination of services of these illegally-appointed teachers.

Meanwhile, the commission has pegged the number of illegal recruitments for the 9th and 10th standards at just 183, Central Bureau of Investigation (CBI), which is conducting a probe in the teachers' recruitment scam, has submitted a separate list to court on this count where the figure has been pegged at 952.

On Thursday, Justice Gangopadhyay asked the counsels of three parties -- CBI, WBSSC and the petitioners -- in the case to sit together on December 3, discuss the documents like optical marks recognition (OMR) sheets and hard discs seized or recovered in the matter and settle out the matter related to difference in the two figures.

He has also directed the CBI to submit a report to his bench on the result of the joint findings.

While issuing the directions, Justice Gangopadhyay asked WBSSC and CBI not to be scared as "bigger rats will emerge" during the course of investigation.