Jaipur: Rajasthan Chief Minister Ashok Gehlot has urged the Centre to approve proposals to establish government medical colleges in Rajasthan's Pratapgarh and Jalore districts as soon as possible, according to an official statement issued on Tuesday.

According to the report, Gehlot has written a letter to Union Health Minister Mansukh Mandaviya in this regard.

"The chief minister has written a letter requesting the central government to approve the proposals for establishment of new medical colleges at Pratapgarh and Jalore district headquarters pending with it," it said.

The chief minister also urged the Centre to make necessary amendments in the provisions for setting up a new government medical college in the state's Rajsamand district, it said.

According to Gehlot, a private medical college already exists in Rajsamand district and a government medical college cannot be established there as per the provision of the Centrally Sponsored Scheme, the statement said.

"In this regard, the state government had earlier requested through several letters to review the relevant provisions of the centrally sponsored scheme and make necessary amendments," the statement said.

Gehlot said the fees in private medical colleges are high and not every student can bear the burden of such high fees. 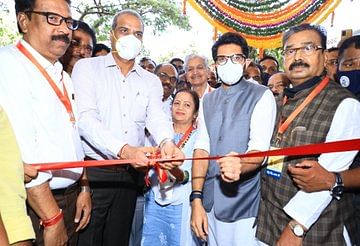