Jharkhand: Another setback for BJP

Now, the loss in Jharkhand ought to be particularly morale-shattering.
Editorial 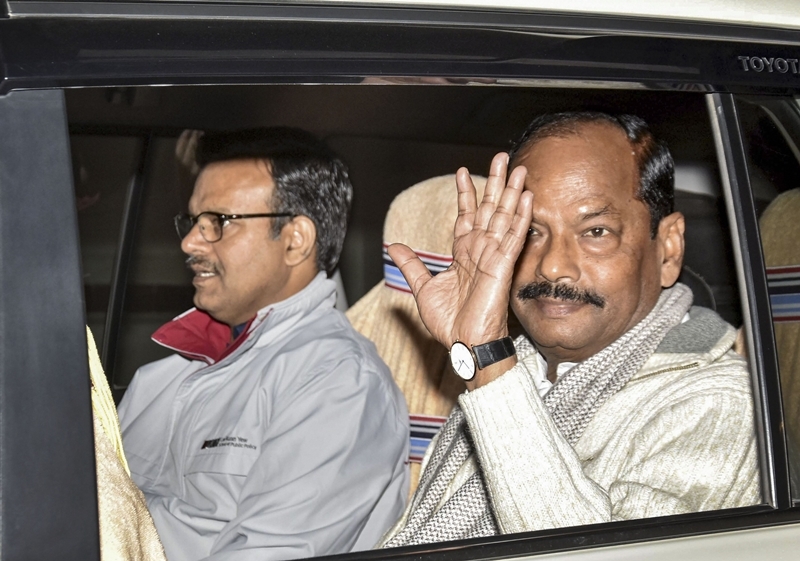 Another State has slipped out of the grip of the BJP. Earlier in the year, the party had failed to win a clear majority in Haryana, forcing it to rely on the rival Haryana Janhit Party for government-formation. In Maharashtra, its pre-poll ally, Shiv Sena, had ditched it to do a deal with the rival NCP and Congress for power.

Now, the loss in Jharkhand ought to be particularly morale-shattering. The BJP cannot deny the voter in large swathes of the country is no longer enamoured of it. And in fact is going back to the parties he had thoroughly rejected not so long ago.

That is an apt comment on the performance of the respective State governments. In Jharkhand, the outgoing Chief Minister Raghubar Das had alienated large sections of his own party and ordinary voters alike. He was arrogant and uncaring. Besides, there were charges of malfeasance against his government.

A senior party colleague and minister in his government, Saryu Roy, was driven out from the party he had nurtured all his life. But Roy had his revenge on Monday, convincingly defeating Das in his backyard by a comfortable margin.

It is to the credit of Roy that he risked his political career to take on Das from the latter’s pocket-borough, Jamshedpur East, while he had earlier successfully contested a number of times from Jamshedpur West.

The sorry plight of Das, a non-tribal who succeeded in completing a full five-year term as CM nonetheless, found reflection in the lackluster performance of his party as well.

The BJP won 25 seats as against 37 in the outgoing House, emerging as the main opposition party. On the other hand, the Jharkhand Mukti Morcha, which contested the poll in alliance with the Congress and the RJD, won 31 seats while Congress won 15, giving the alliance a comfortable majority in the 81-member Assembly.

The All Jharkhand Students’ Union, an ally of the BJP till a few weeks before the poll, contested on its own, winning three seats, a loss of two seats. BJP went solo, contesting 79 seats and winning 25. The sheer arrogance of the BJP has cost it yet another State.

It had spurned a pre-poll alliance in Haryana, banking on the performance and goodwill of the outgoing chief minister Manohar Lal Khattar and came up short, forcing it to compromise with Dushyant Chauthala’s Jat-dominated HJP.

On the other hand, the BJP leadership might be regretting contesting the last Assembly poll in Maharashtra in alliance with the Shiv Sena. No hard and fast rules can be made for electoral politics, since the voter mood is variable, depending on a leader’s image and the performance of the outgoing government as also prevalent political factors and chemistry between alliance partners, etc.

All play a role in determining electoral outcomes. In Jharkhand, Das’s image and the charges of corruption by his ally-turned-foe Saryu Roy turned the tide against the BJP.

Central BJP leaders, including Prime Minister Narendra Modi and Home Minister Amit Shah, campaigned vigorously but that was not enough to swing the popular mood in favour of a tainted chief minister.

The BJP has a problem in some States where an incumbent chief minister endeavours to keep the RSS bigwigs in good humour while virtually alienating all others in the State unit.

This is what Das is said to have done, despite frequent reports of his maladministration and corruption. Also, the BJP might be regretting the loss of Babulal Marandi, a senior tribal leader and first Chief Minister of Jharkhand after it was carved out of Bihar in 2000, who was forced to leave the party and formed his own separate party. Marandi had three seats in the outgoing Assembly.

Another senior leader marginalised by Das was Arjun Marandi. In other words, not unlike Maharashtra, where it virtually gave a carte blanche to Devendra Fadanavis in ticket-distribution and lost a number of seats as a result, in Jharkhand too it put all its eggs in Das’ basket who was so unpopular that he failed to retain his own seats.

Meanwhile, the return of Hemant Soren as chief minister in alliance with the Congress is certain to act as a morale-booster for the national leadership of the main opposition party. It may be tempted to ascribe the loss of the BJP in Jharkhand  as a vote against Modi, but at the national level the prime minister continues to be the most popular leader and has no clear challenger.

The Jharkhand loss was due to local factors, though it would dent the BJP’s national image nonetheless. Time for the party to take stock and undertake course correction.