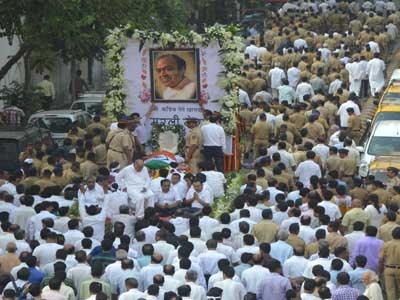 Mumbai: Senior Congress leader Murli Deora, 77, who loved Mumbai like nobody else, breathed his last on Monday morning after a prolonged illness, bringing to an end an era, which was a heady mix of business, politics and glamour.

An unassuming and genial Deora was close to three generations of the Gandhi family, starting with the late Prime Minister Indira Gandhi. In fact, he was the eyes and ears of Indira, Rajiv and Sonia when the party was wading through the unchartered waters of economic reforms. He was also the lynchpin between the corporate sector and the Congress party.

‘Murli bhai’, as he was known, was on back-slapping terms with top corporate heads. Twelve years ago, when industrialist tycoon Dhirubhai Ambani was battling for life in a Mumbai hospital, close family friend Deora kept the prying media and politicians at bay. He handled all queries and calls from industry honchos with finesse, firmness and courtesy for several days. Ambani’s sons — now industrial tycoons Mukesh and Anil — addressed Deora as ‘uncle’, so deep was their respect for him.

But if a quiet and unassuming Deora was comfortable in portals of five star hotels, he could also crisscross the dark lanes of Dharavi with consummate ease to take a personal call on the hardships of Mumbaikars living in shanties.

He knew Mumbai like the back of his hand having served as a corporator and later as the city’s first mayor who undertook ambitious projects to revamp the city’s infrastructure with the help of the World Bank and other international institutions.

He was often compared with SK Patil and later Rajani Patel who as presidents of the Mumbai Regional Congress Committee ruled the city for a number of years. Deora broke all records by remaining president of the city unit of the Congress for more than 22 years. His detractors objected to his running the party from his Khetan Bhavan office in Churchgate area but it never bothered him as he believed in doing things in his own style.

His tenure as MRCC chief is credited with successfully checking the growth and influence of the rival Shiv Sena in the commercial capital, though the latter, in alliance with the BJP, managed to control the Municipal Corporation of Greater Mumbai.

Known for his uncanny fund-raising abilities, Deora had on one occasion harboured an ambition to become the treasurer of the All India Congress Committee, but his moves were nullified by the late Sitaram Kesri with whom he locked horns.

in a crisis situation he was a troubleshooter par excellence. With a smile he could disarm a die-hard opponent and force him to accept a solution to the vexing problems of a city which was growing at a tremendous speed.

He was a member of the upper house in the state legislature and later got elected thrice to the Rajya Sabha; he was also elected four times from the Mumbai South Lok Sabha seat. In between, he became the country’s petroleum minister, serving with aplomb a tenure which is remembered even today. Later, his son Milind, a suave and young Gen-Next politician, stepped into his shoes.

A true Mumbai icon, he hobnobbed with celebrities from Bollywood and from the world of art and culture even as he led a very busy life as a politician. He was a connoisseur of art and one could find the likes of MF Hussein frequenting his office along with the hurly burly of politicians.

His ability to raise funds for the party in times of calamities was legendary but he also rose to the occasion to help distressed people in other parts of the world. An earthquake thousands of miles away could also stir him. But most of all, he will be remembered as a man who dreamed big for Mumbai city and was happy to see it getting transformed into a true international financial hub. Deora, survived by his wife Hema, sons Milind and Mukund, was cremated with state honours at the Chandanwadi crematorium on Monday in the presence of a huge crowd of mourners and admirers.